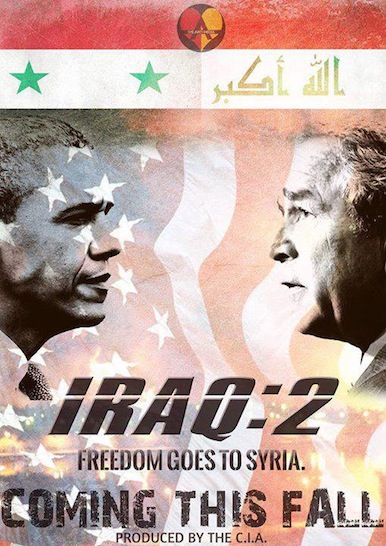 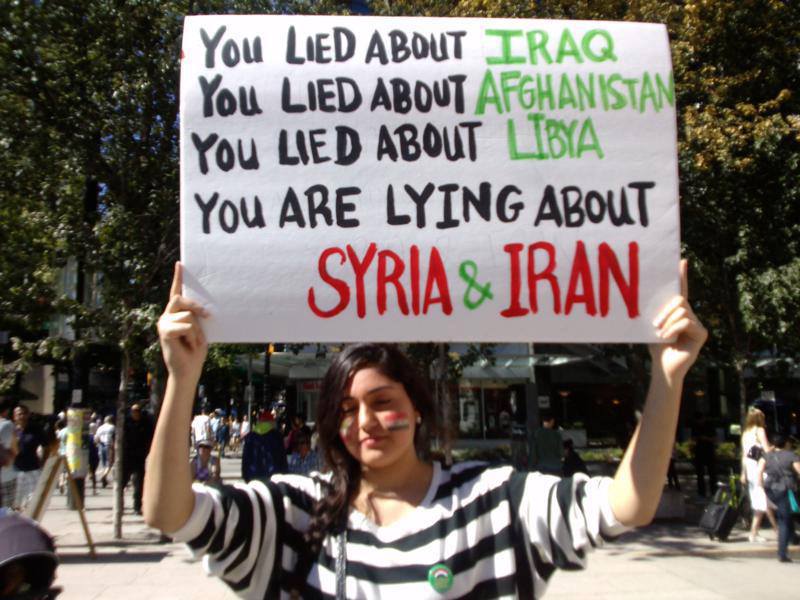 While one can speculate if the sarin gas attack on August 22 was ordered and orchestrated by Saudi/Qatari petrodollar interests, with the assistance of the CIA and the funding of al Qaeda, and executed by the Syrian “rebels” (there is much circumstantial evidence pointing in the false flag direction: here, here, here and here), the reality is that since the narrative behind Obama’s offensive Syrian air strikes has been staged as punishment for Assad, the onus is on the affirmative proof, namely clear and unequivocal evidence that it was Assad who ordered the attack. So far, despite repeated vows and promises that such proof exists, none has been presented, aside from numerous YouTube clips which show an attack did take place (and even that is in question). When it comes to the actual perpetrator, John Kerry and company are reduced to emotional pleadings to the audience to look at pictures of dead children redirecting from the most important question of all: did Assad actually do it. The reason for such Copperfieldian tactics is that there simply is no link – Reuters reports that  “No direct link to President Bashar al-Assad or his inner circle has been publicly demonstrated, and some U.S. sources say intelligence experts are not sure whether the Syrian leader knew of the attack before it was launched or was only informed about it afterward.”

And yet Obama’s entire publicly stated motive is to punish Assad… for something there is zero evidence he did.

The excerpt below from Reuters is how far the mainstream media will go of accusing Obama of conducting a false flag without actually “accusing” him.

While U.S. officials say Assad is responsible for the chemical weapons strike even if he did not directly order it, they have not been able to fully describe a chain of command for the August 21 attack in the Ghouta area east of the Syrian capital.

It is one of the biggest gaps in U.S. understanding of the incident, even as Congress debates whether to launch limited strikes on Assad’s forces in retaliation.

After wrongly claiming that Iraq possessed weapons of mass destruction before the 2003 U.S. invasion, the U.S. intelligence community, along with the Obama administration, are trying to build as solid a case as they can about what it says was a sarin nerve gas attack that killed over 1,400 people.

The Syrian government, backed by Russia, blames Sunni rebels for the gas attack. Russia says Washington has not provided convincing proof that Assad’s troops carried out the attack and called it a “provocation” by rebel forces hoping to encourage a military response by the United States.

Identifying Syrian commanders or leaders as those who gave an order to fire rockets into the Sunni Muslim areas could help Obama convince a war-weary American public and skeptical members of Congress to back limited strikes against Assad.

But penetrating the secretive Syrian government is tough, especially as it fights a chaotic civil war for its survival.

But isn’t that what the NSA is for: after all Obama had an extended tangent during his G-20 press conference explaining precisely that the role of the NSA is to keep America breast on non-public developments. And the whole “access to everything” should mean not a single Syrian communication was left unintercepted. Or maybe, just maybe, the NSA was meant solely to spy on America’s citizens, while ignoring what happens in Damascus, instead forcing the administration to come up with made up stories?

One possible link between the gas attack and Assad’s inner circle is the Syrian government body that is responsible for producing chemical weapons, U.S. and allied security sources say.

Personnel associated with the Syrian Scientific Studies and Research Council (SSRC), which has direct ties to Assad’s entourage, were likely involved in preparing munitions in the days before the attack, they say.

A declassified French intelligence report describes a unit of the SSRC, known by the code name “Branch 450”, which it says is in charge of filling rockets or shells with chemical munitions in general.

U.S. and European security sources say this unit was likely involved in mixing chemicals for the August 21 attack and also may have played a more extensive role in preparing for it and carrying it out.

Bruce Riedel, a former senior U.S. intelligence expert on the region and sometime advisor to the Obama White House, said that intelligence about the SSRC’s alleged role is the most telling proof the United States has at hand.

“The best evidence linking the regime to the attack at a high level is the involvement of SSRC, the science center that created the (chemical weapons) program and manages it. SSRC works for the President’s office and reports to him,” Riedel said.

U.S. officials say Amr Armanazi, a Syrian official identified as SSRC director in a State Department sanctions order a year ago, was not directly involved.

Ironically, the early definitive proof that was going to be the nail in Assad’s coffin so to speak, has all been rejected now:

As more information has been collected and analyzed, early theories about the attack have largely been dismissed, U.S. and allied security sources said.

Reports that Assad’s brother, Maher, a general who commands an elite Republican Guard unit and a crack Syrian army armored division, gave the order to use chemicals have not been substantiated, U.S. sources said. Some U.S. sources now believe Maher Assad did not order the attack and was not directly involved.

So what if any evidence is there, aside from YouTube clips of course?

Much of the U.S. claim that Assad is responsible was initially based on reports from witnesses, non-governmental groups and hours of YouTube videos.

U.S. officials have not presented any evidence to the public of scientific samples or intelligence information proving that sarin gas was used or that the Syrian government used it.

The United States has also not named any Syrian commanders it thinks gave the green light to fire gas-laden rockets into Ghouta. But U.S. and allied security sources say they believe that Syrian military units responsible for the areas that were attacked were under heavy pressure from top commanders to wipe out a stubborn rebel presence there so government troops could redeploy to other trouble spots, including the city of Aleppo.

An analysis by the Congressional Research Service, a branch of the Library of Congress, reported that a declassified U.S. government paper summarizing intelligence findings concludes that Syrian government officials were “witting and directed” the gas attack. But the evidence of who ordered it was not watertight, the analysis said.

So, if one eliminates conflicted witness, one is left with … pretty much that: YouTube clips. Like this one prepared by the Muslim Brotherhood in Egypt, staged from beginning to end, and designed to generate a sense of sympathy toward its cause on false grounds:

Perhaps this is why, with virtually every other avenue exhausted, Obama will be forced next week to do what he does best: speak in a charming, disarming way, and seek the teleprompter’s help to sway the people to his side of the story, as unjustified as it may be:

The United Nations won’t help, good pal Britain is sitting this one out, so President Barack Obama will take his case for a military attack on Syria directly to the American people next week.

Obama wrapped up his trip to the G20 summit in Russia by telling reporters he will address the nation on Tuesday as Congress prepares to vote on a resolution authorizing limited military strikes against Syria over its alleged use of chemical weapons.

Facing public opposition reflected by legislators hesitant to support him, Obama said Friday that he understands the skepticism over his call for punishing the regime of Syrian President Bashar al-Assad for what U.S. officials call a sarin gas attack on August 21 that killed more than 1,400 people.

“The American people have gone through a lot when it comes to the military over the last decade or so,” Obama said.

Indeed, and the bulk of it has been based on false flag pretenses, just like this one.

Perhaps, for once, the American people will see right through Obama’s shiny facade and pompous, if completely hollow rhetoric, and straight to the lies, and finally say no.

Unfortunately, if past is prologue, a lot of innocent Syrian civilians are about to die one way or the other, in yet another unjust war serving higher interests, and even higher money, in which the common person is merely “collateral damage.”