It is convenient that in a recent post covering the latest historic Verizon M&A deal we showed a spaghetti chart, created by the WSJ, of the US telecom space because it lays roughly how many current subscribers that other US telecom giant, AT&T, has. 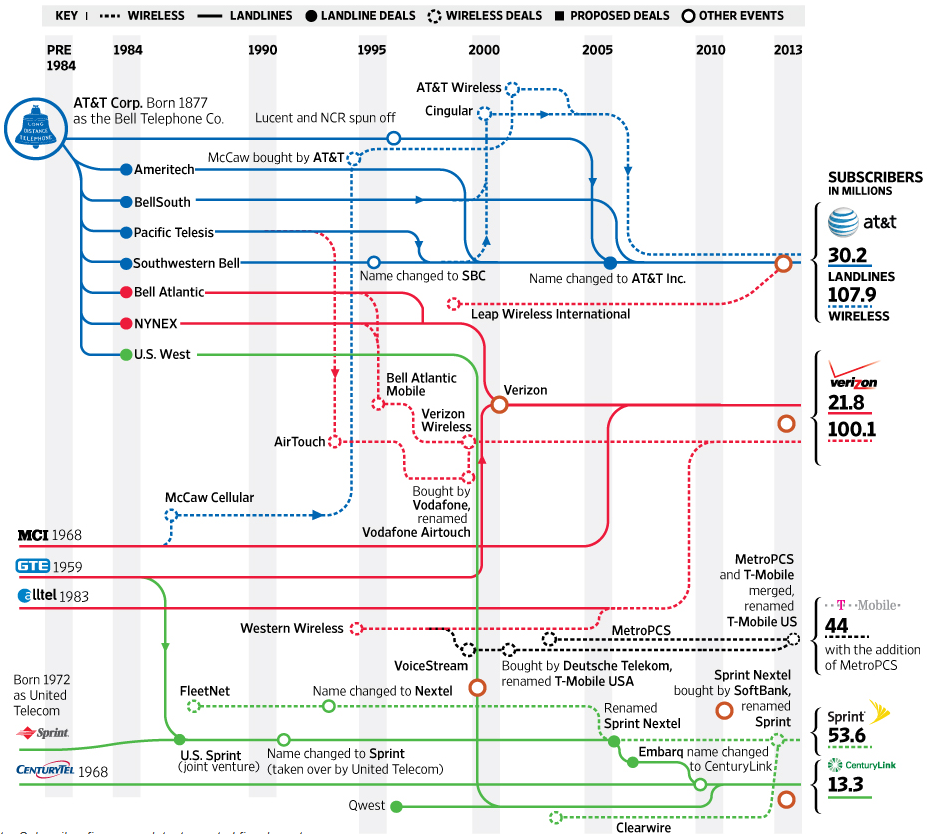 The reason for this is that according to the latest revelations from the NYT, which following recent work-sharing with the Guardian is now another official distributor of the Edward Snowden leaks (who in a brilliant move has decided to spread out his disclosures week after week, many times allowing such staggered disclosures to catch the administration – which has no idea what is coming next – in flagrant lies), the chart above shows that 140 million landline and wireless paying AT&T customers is the minimum number of affected Americans whose every call is recorded, however not directly or indirectly by the government, but rather by a private corporation working in collaboration with the US government.

The name of the collaboration: the Hemisphere Project, fomerly Hudson Hawk. 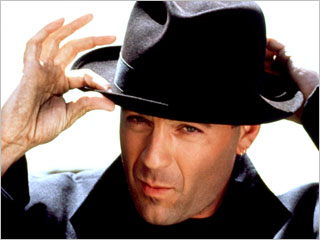 “Minimum” because the number of affected American citizens is far greater than just AT&T customers. As the NYT reports, every call that crosses through an AT&T switch, not just calls made by AT&T customers which means virtually every US phone call, is recorded in a formerly top secret AT&T database that has existed since 1987 and whose “scale and longevity of data storage appears to be unmatched by other government programs, including the N.S.A.’s gathering of phone call logs under the Patriot Act.” It is a database which adds 4 billion call records every single day and which unlike the N.S.A.’s also includes information on the location of callers.

In other words, before the NSA was recording every phone call, that task was being handled by another entity: AT&T. The cover back then, just like the Patriot Act is the cover for the continuation of the NSA’s espionage operation against America’s own people, so Hemisphere was in collaboration with counternarcotics agents and federal and local drug officials. And of course, just like with the NSA and its utmost secrecy, there is no way to monitor and observe what if any checks on the violation of privacy rights exists. One can simply hope that unlike in every other instance, that US government officials never had an inkling to abuse this treasure trove of phone records for non-drug related offenses.

A snapshot of the “Project” from the NYT:

For at least six years, law enforcement officials working on a counternarcotics program have had routine access, using subpoenas, to an enormous AT&T database that contains the records of decades of Americans’ phone calls — parallel to but covering a far longer time than the National Security Agency’s hotly disputed collection of phone call logs.

The Hemisphere Project, a partnership between federal and local drug officials and AT&T that has not previously been reported, involves an extremely close association between the government and the telecommunications giant.

The government pays AT&T to place its employees in drug-fighting units around the country. Those employees sit alongside Drug Enforcement Administration agents and local detectives and supply them with the phone data from as far back as 1987.

The scale and longevity of the data storage appears to be unmatched by other government programs, including the N.S.A.’s gathering of phone call logs under the Patriot Act. The N.S.A. stores the data for nearly all calls in the United States, including phone numbers and time and duration of calls, for five years.

Hemisphere covers every call that passes through an AT&T switch — not just those made by AT&T customers — and includes calls dating back 26 years, according to Hemisphere training slides bearing the logo of the White House Office of National Drug Control Policy. Some four billion call records are added to the database every day, the slides say; technical specialists say a single call may generate more than one record. Unlike the N.S.A. data, the Hemisphere data includes information on the locations of callers.

Not surprisingly, the secrecy surrounding Hemisphere is just as great as that around the NSA’s covert surveillance:

The program was started in 2007, according to the slides, and has been carried out in great secrecy.

“All requestors are instructed to never refer to Hemisphere in any official document,” one slide says. A search of the Nexis database found no reference to the program in news reports or Congressional hearings.

The Obama administration acknowledged the extraordinary scale of the Hemisphere database and the unusual embedding of AT&T employees in government drug units in three states.

But they said the project, which has proved especially useful in finding criminals who discard cellphones frequently to thwart government tracking, employed routine investigative procedures used in criminal cases for decades and posed no novel privacy issues.

It’s unknown for now how useful the project has proven when heartbroken “drug-enforcement” officials, or anyone else with access to the AT&T database for that matter, seek to find dirt on their exes. Like NSA agents for example.

What is known, at least on paper, is that unlike the FISA Court which decides what surveillance requests are granted (all of them), the inquirer in this case is the D.E.A., which submits a request to AT&T, which then scours through its trillions of records to find what the DEA is looking for.

Crucially, they said, the phone data is stored by AT&T, and not by the government as in the N.S.A. program. It is queried for phone numbers of interest mainly using what are called “administrative subpoenas,” those issued not by a grand jury or a judge but by a federal agency, in this case the D.E.A.

Brian Fallon, a Justice Department spokesman, said in a statement that “subpoenaing drug dealers’ phone records is a bread-and-butter tactic in the course of criminal investigations.”

Mr. Fallon said that “the records are maintained at all times by the phone company, not the government,” and that Hemisphere “simply streamlines the process of serving the subpoena to the phone company so law enforcement can quickly keep up with drug dealers when they switch phone numbers to try to avoid detection.”

In other words, more of the same justification: in order to find the needle, the US needs to record every component of the haystack going back decades. Or a blanket, pervasive wiretap of anyone and everyone, with the only gating factor being the DEA’s decision to single out someone as a potential perpetrator, thus unlocking all of their personal phone records at a moments notice.

But Mr. Richman said the program at least touched on an unresolved Fourth Amendment question: whether mere government possession of huge amounts of private data, rather than its actual use, may trespass on the amendment’s requirement that searches be “reasonable.” Even though the data resides with AT&T, the deep interest and involvement of the government in its storage may raise constitutional issues, he said.

Immediately the logical question arises: if it is justifiable, and due to its vastness and complexity, certainly has a deterrent effect on would be criminals, why keep it secret? The ACLU has some thoughts:

“I’d speculate that one reason for the secrecy of the program is that it would be very hard to justify it to the public or the courts,” he said.

Mr. Jaffer said that while the database remained in AT&T’s possession, “the integration of government agents into the process means there are serious Fourth Amendment concerns.”

That one probably falls under the “obvious” category. Just as obvious is the lack of willingness by AT&T, or its peers, to provide any additional information now that the Project has been exposed:

Mark A. Siegel, a spokesman for AT&T, declined to answer more than a dozen detailed questions, including ones about what percentage of phone calls made in the United States were covered by Hemisphere, the size of the Hemisphere database, whether the AT&T employees working on Hemisphere had security clearances and whether the company has conducted any legal review of the program

“While we cannot comment on any particular matter, we, like all other companies, must respond to valid subpoenas issued by law enforcement,” Mr. Siegel wrote in an e-mail.

Representatives from Verizon, Sprint and T-Mobile all declined to comment on Sunday in response to questions about whether their companies were aware of Hemisphere or participated in that program or similar ones. A federal law enforcement official said that the Hemisphere Project was “singular” and that he knew of no comparable program involving other phone companies.

The good news: There are some alleged success stories (but once again, not preventing the Boston bombing).

In March 2013, for instance, Hemisphere found the new phone number and location of a man who impersonated a general at a San Diego Navy base and then ran over a Navy intelligence agent. A month earlier the program helped catch a South Carolina woman who had made a series of bomb threats.

And in Seattle in 2011, the document says, Hemisphere tracked drug dealers who were rotating prepaid phones, leading to the seizure of 136 kilos of cocaine and $2.2 million.

The bad news, in case it wasn’t clear already: America is now officially an authoritarian state, in which personal privacy no longer exists in any capacity, in which the public-private complex collaborates against its citizens without express prior public knowledge or permission, and in which “some” have access to all private information merely “for the greater good.” Naturally, any abuse of the greater good, is at the fault of the “isolated” perpetrator, not the enabling behemoth government which has George Orwell spinning in his grave.

In conclusion, and clarification when Obama said, “You can’t have 100% security, and also then have 100% privacy and zero inconvenience”, what he really meant was “zero privacy”  in perpetuity. 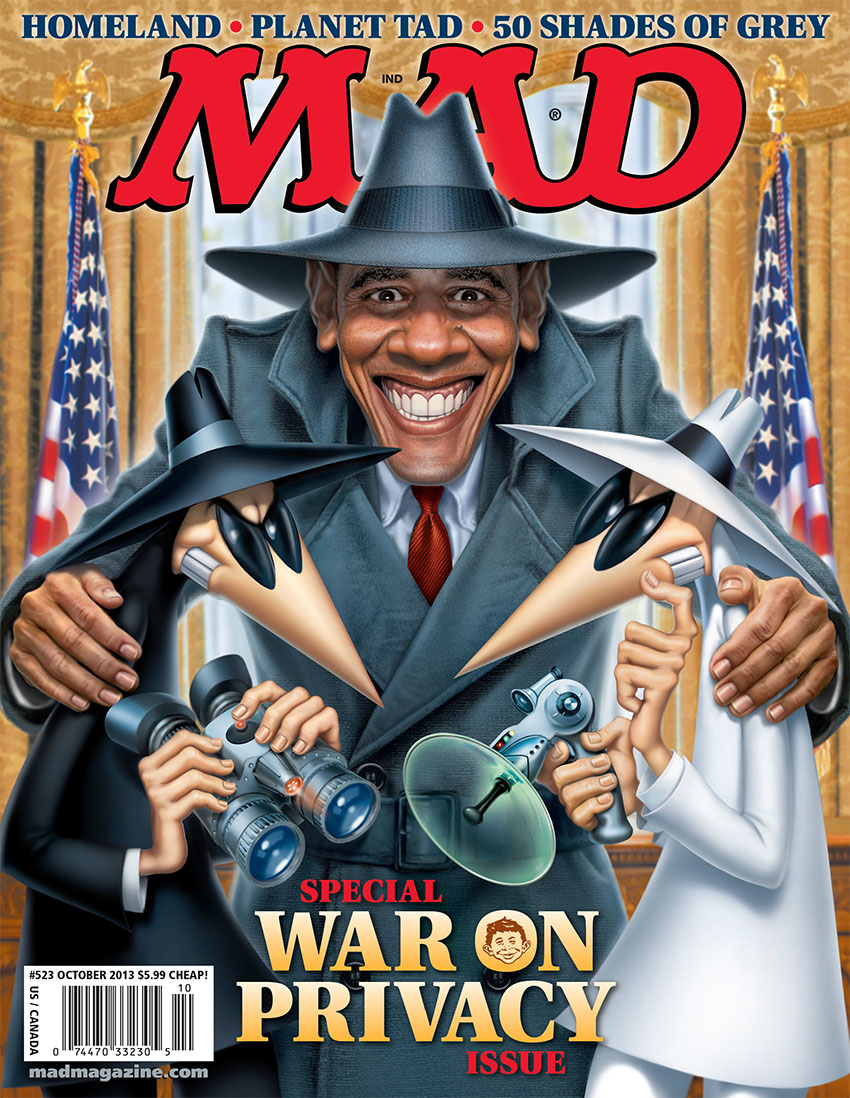