Following President Obama’s decision to pass the blame buck to Congress (and its oh-so-great track record of making decisions), the Syrian Electronic Army has struck again. This time right at the heart of the matter – defacing the “Marines.com” website. As The Independent reports, the US Marines received a message calling for support from their “brothers, the Syrian army soldiers” – in the form of a web attack changing the homepage of the official Marines recruitment site to a page entitled ““Hacked by SEA.” The message also stated, “Obama is a traitor who wants to put your lives in danger to rescue al-Qaida insurgents,” which seems to fit with many of their perspectives as we have noted previously.

Full text and screenshot below… 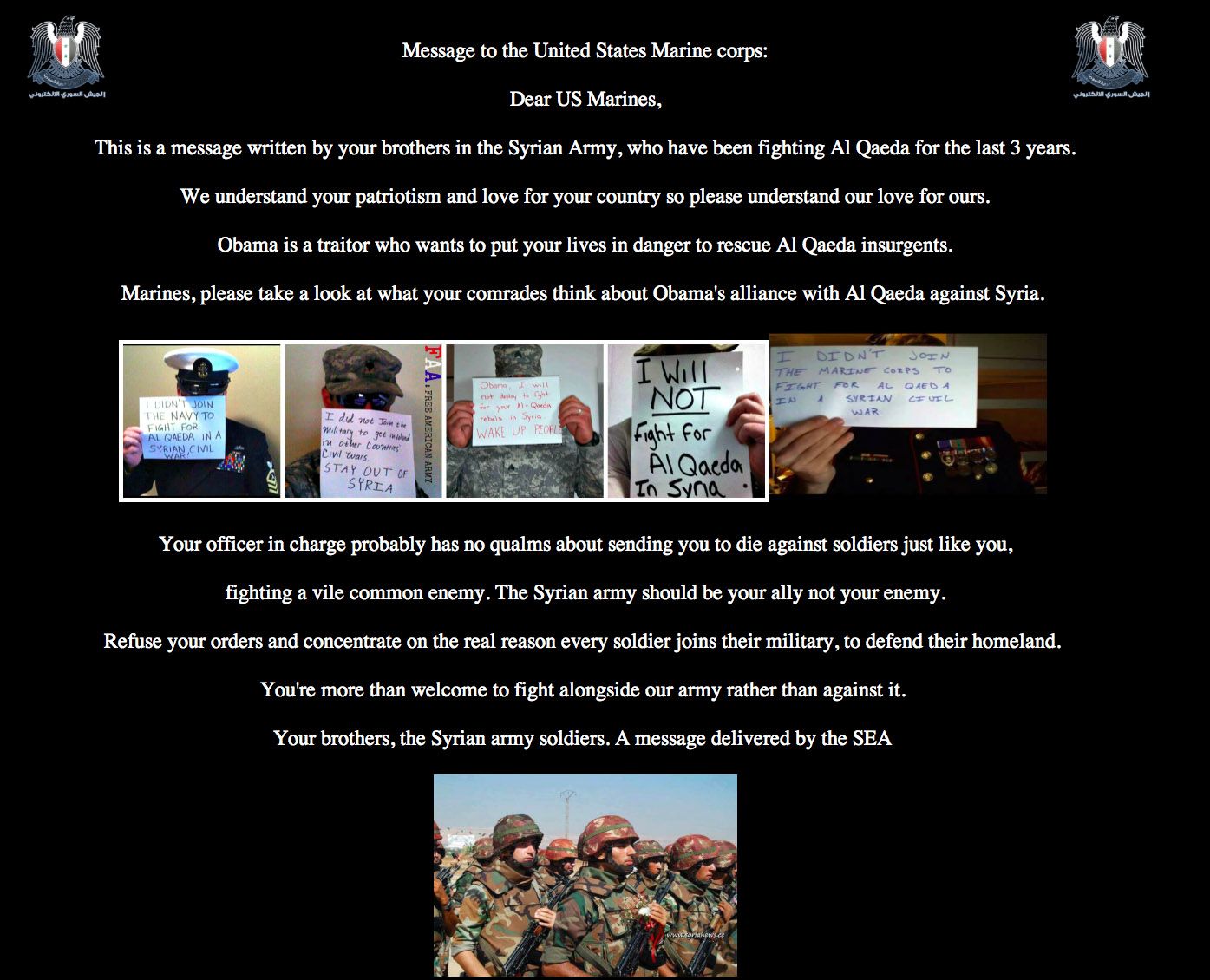 “This is a message written by your brothers in the Syrian Army, who have been fighting al-Qaida for the last 3 years. We understand your patriotism and love for your country so please understand our love for ours. Obama is a traitor who wants to put your lives in danger to rescue al- Qaida insurgents.

Marines, please take a look at what your comrades think about Obama’s alliance with al-Qaida against Syria. Your officer in charge probably has no qualms about sending you to die against soldiers just like you, fighting a vile common enemy. The Syrian army should be your ally not your enemy.

Refuse your orders and concentrate on the real reason every soldier joins their military, to defend their homeland. You’re more than welcome to fight alongside our army rather than against it.

Your brothers, the Syrian army soldiers. A message delivered by the SEA”

This will not be the last of the SEA though, as the BBC interviewed the hackers (via email) and a spokesman said the SEA had “many surprises” to come. He added: “Military intervention in Syria has many consequences and will affect the whole world. Our main mission is to spread truth about Syria and what is really happening.”

2 thoughts on “Syrian Electronic Army Hacks ‘Marines.com’; Calls Them ‘Brothers’ In Arms And Obama A ‘Traitor’”