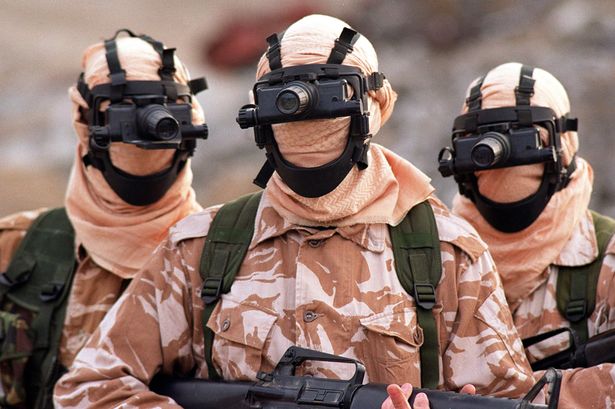 British special forces were last night hunting Syrian missiles in readiness for Allied strikes which could start as early as tomorrow night.

Cruise missile attacks and RAF raids are expected in response to the Assad regime’s use of chemical weapons.

A military source said: “It is vital they find every missile site that could threaten British ships or RAF jets and they will probably be taken out by missiles fired from offshore. The risk of capture to these special forces units is off the scale and nobody can be trusted in Syria.”

The British hunt for missiles and chemical weapons – which includes the SAS, Special Boat Service, Special Reconnaissance Regiment and MI6 spies – is one of the most hazardous in modern times as they are up against Assad’s forces as well as some rebel elements.

At the top of the hit list are the President’s sophisticated long-range mobile missile batteries – some of which could be used against our jets.

Special forces troops will use laser and satellite technology to pinpoint the exact location of the key sites so they can be hit in a way that minimises the risk to civilians.