The NSA leaks ended the power of Obama officials to ration access. No self-respecting journalist believes what they say 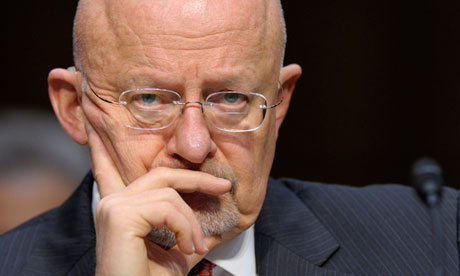 According to Britons, Americans are incapable of irony – and our president is certainly proving their point.In his address about Egypt’s military coup – or whatever bowdlerizing euphemism is permitted this week in Washington – Obama condemned the notion that “security trumps individual freedom.” Really?

After his press conference announcing an oversight commission for the NSA, it emerged that the NSA’s truth-challenged director of national intelligence, James Clapper, would apparently oversee the oversight. The White House had to explain the joke, and then said Clapper would merely facilitate.

And in the latest revelations from Edward Snowden on NSA noncompliance even with its over-broad license to snoop on most anyone, the Washington Post reported that the administration – which supposedly welcomes this discussion and at first permitted a spokesman to defend the administration on the record – tried to withdraw his quotes and replace them with a new statement. The Post wouldn’t go along with this gag and reported the attempt.

The Post was right to refuse to play along and allow the White House to write its spokesman’s quotes after the fact. I was shocked last year when it turned out that the New York Times allowed some sources to “approve quotes” after uttering them, a policy it quickly reversed. I have been equally shocked to find some European reporters, as a matter of standard procedure, giving me the opportunity to review and alter my own quotes. No, what’s said is said: that is the very definition of “on-the-record”.

That is the punchline of the Snowden affair: when we can’t trust what government tells us, we come to trust those whom government doesn’t trust. Thus, we no longer necessarily care what the official line is and who delivers it. And when that happens, access – the currency of the Beltway – becomes worthless. Ah, the irony.