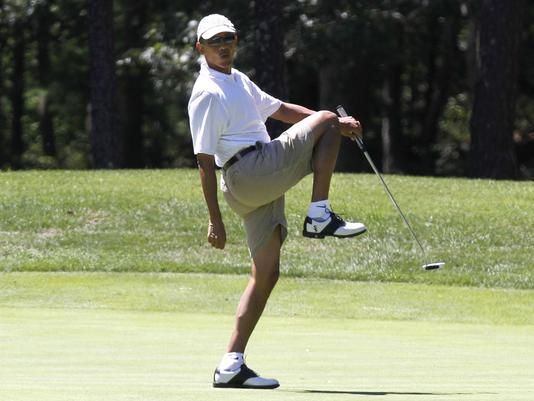 Those damn Egyptians are so inconsiderate: first they non-coup just when John Kerry is busy honing his sailing skills. Now, the non-coupy country breaks out in civil war just as Obama is on vacation in Martha’s Vineyard. Well, Egypt may be important enough to serve as a middleman when the US pays Lockheed Martin using Egypt as a dumb intermediary, but is obviously not important enough for Obama to cancel his vacation. Moments ago in an audio-only presentation (couldn’t russle enough Martha’s Vineyardians for the podium behind him? Were his sleeves rolled up? Was he reading from paper or a teleprompter? The people demand to know), Obama joined Kerry in “strongly condemning” the violence that according to some has already spilled over into all out civil war.

Some of the highlights:

Full speech as soon as we get it but in the meantime the message is clear: will Egypt please hurry up and blow up in mushroom cloud of smoke – the US needs to boost its deficit spending immediately as otherwise Bernanke’s monetizing buttons are tied.

Here is the word cloud of Obama’s speech: really who needs more. 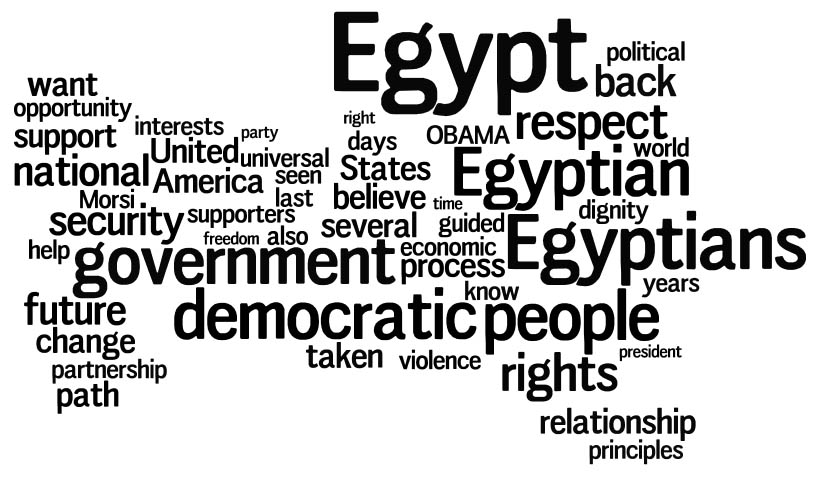