When the payroll report was released last month, the world finally noticed what we had been saying for nearly three years: that the US was slowly being converted to a part-time worker society. This slow conversion accelerated drastically in the last few months, and especially in June, when part time jobs exploded higher by 360K while full time jobs dropped by 240K. In July we are sad to report that America’s conversation to a part-time worker society is not “tapering”: according to the Household Survey, of the 266K jobs created (note this number differs from the establishment survey), only 35% of jobs, or 92K, were full time. The rest were… not. 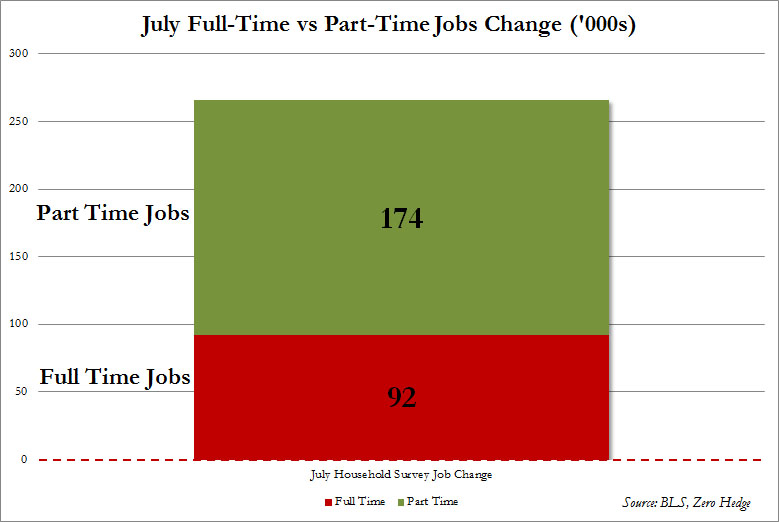 What is worse, however, is when one looks at job creation broken down by “quality” in all of 2013. The chart below does the bottom line some justice: 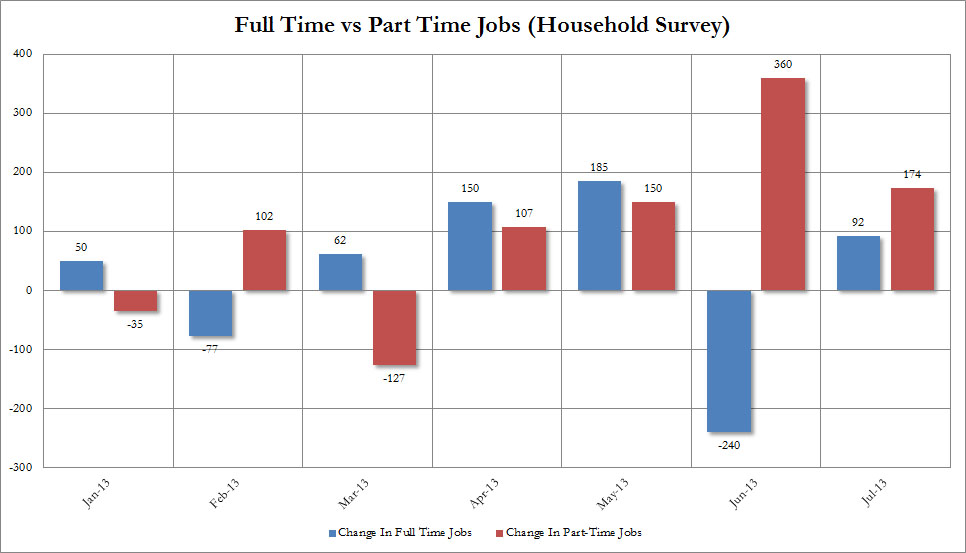 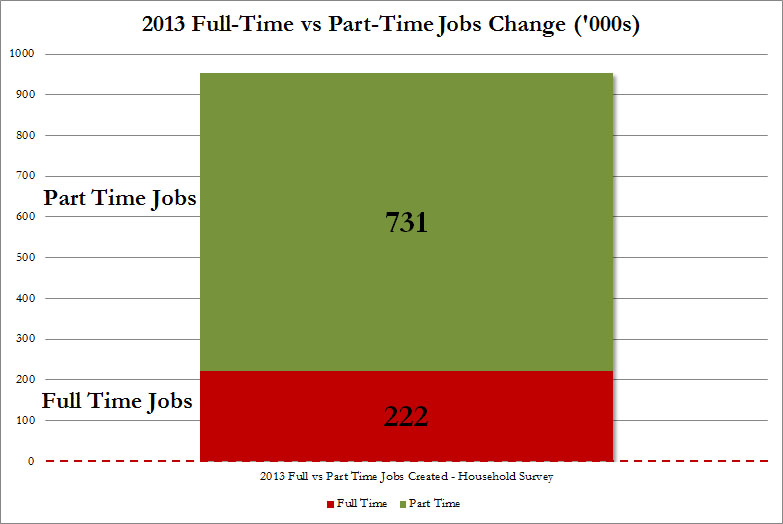 Source: Part-Time and Full-Time and BLS