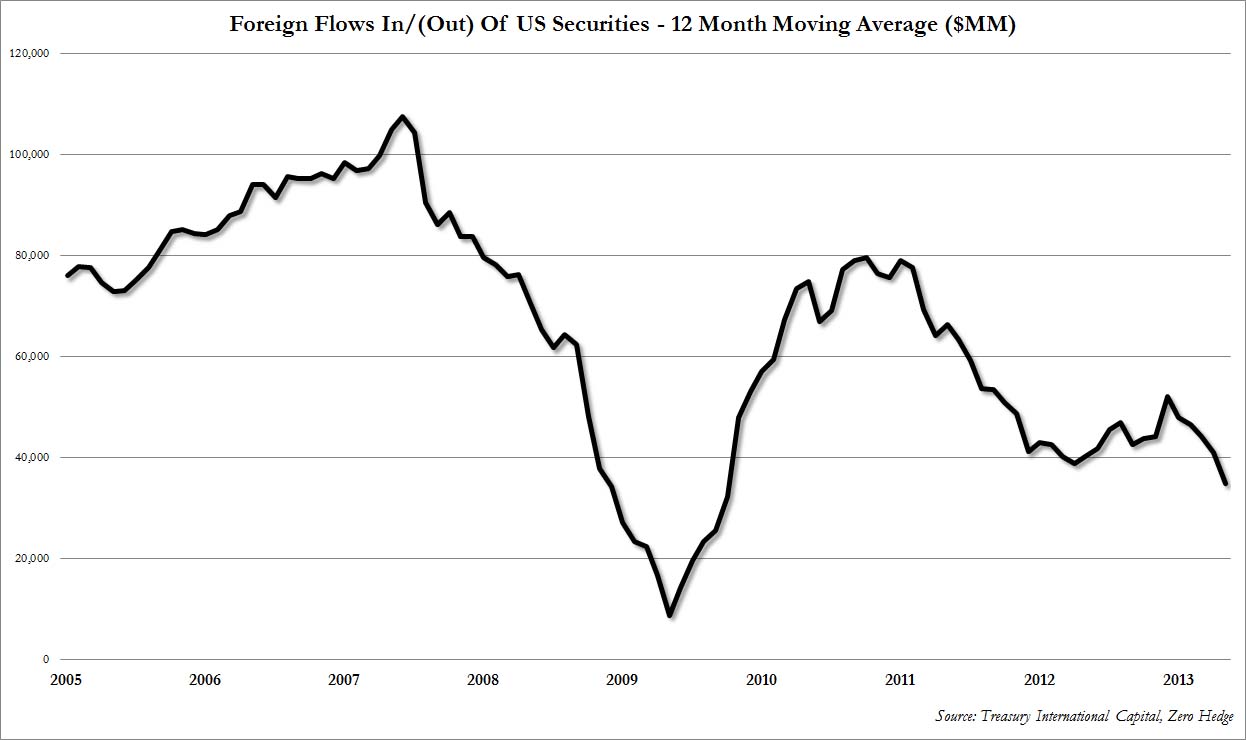 By now even five year-olds understand two simple things: i) the market is no longer a discounting mechanism thanks to the Fed’s 4+ year experiment in manipulating equities in order to generate a “wealth effect” and ii) virtually all economic indicators are distorted, as such critical measures of economic “health” as GDP confuse credit creation by the Fed with traditional private-sector credit creation (commercial bank loan growth).

As such, it has become impossible to disentangle the Fed’s artificial policy, manifesting itself most tangibly in $3.5 trillion in “stock” on its balance sheet and $85 billion in monthly flow, from the market and from the economy. And since the US monetary system is (mostly) a closed loop, it has become impossible to rely on the US stock market for anything besides “analyzing” how many hot potatoes the excess reserve-funded Primary Dealers are juggling with each other. However, there may be one place that remains untouched by the Fed’s intervention: foreign opinion of the US, which manifests itself in capital fund flows, the same fund flows that the TIC data reports every month with a 2-month delay.

Today we got the most recent, May, TIC data from the Treasury. On a snapshot basis, the monthly  data of capital flows into (and out) of the US indicated two things: following last month’s record, $38.3 billion, outflow of US Treasurys, the buying in US paper returned, if only to see another major blow in June (we have to wait until August for that update). However, more notably, the bond optimism manifested itself in pessimism relating to Agency paper and corporate stocks, both of which saw outflows for a total of $19 billion. 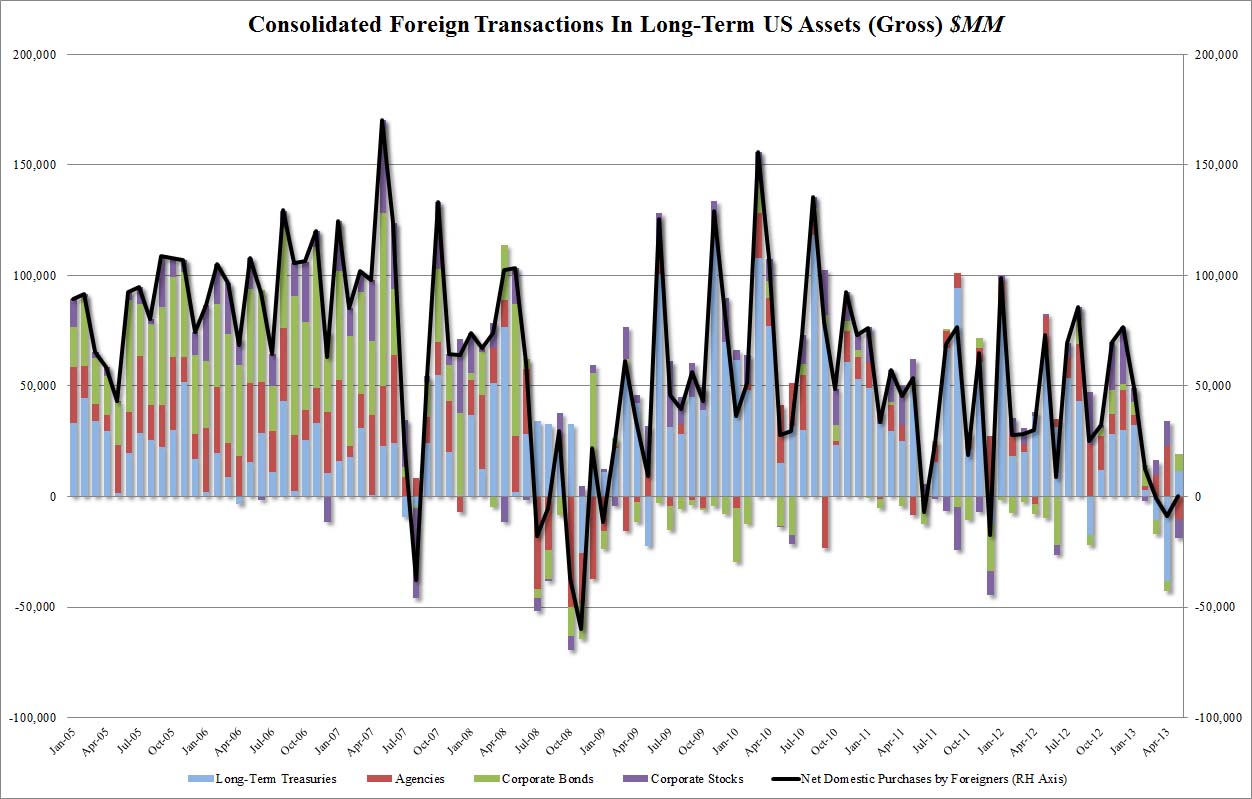 Will this snapshot change next month? Certainly. But something else is becoming obvious: when one shows the trailing 12 month average of the gross flow data, a very disturbing pattern emerges: one which shows that in May, the 12MMA average foreign flow just hit the lowest it has been since 2009. Which begs the question: since the US is drunk in its own hopium, is the best indicator of US economic prospects an objective assessment from abroad, and if so, are foreign capital flows the only remaining objective indicator of US economic health.

If so, then the US has some very serious problems on its hands…