Courtesy of the BBC’s Jeremy Bowen, and 911 operator we can see that the tanks in Cairo are now deployed. Surely this will add at least another 10 points to the Stalingrad and Propaganda 500 on anywhere between 2 and 3 contracts in today’s hilarious zero volume revolutionary melt up. 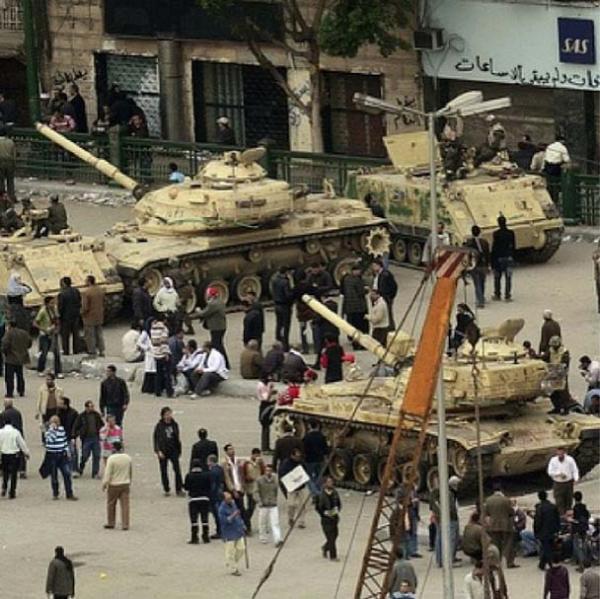 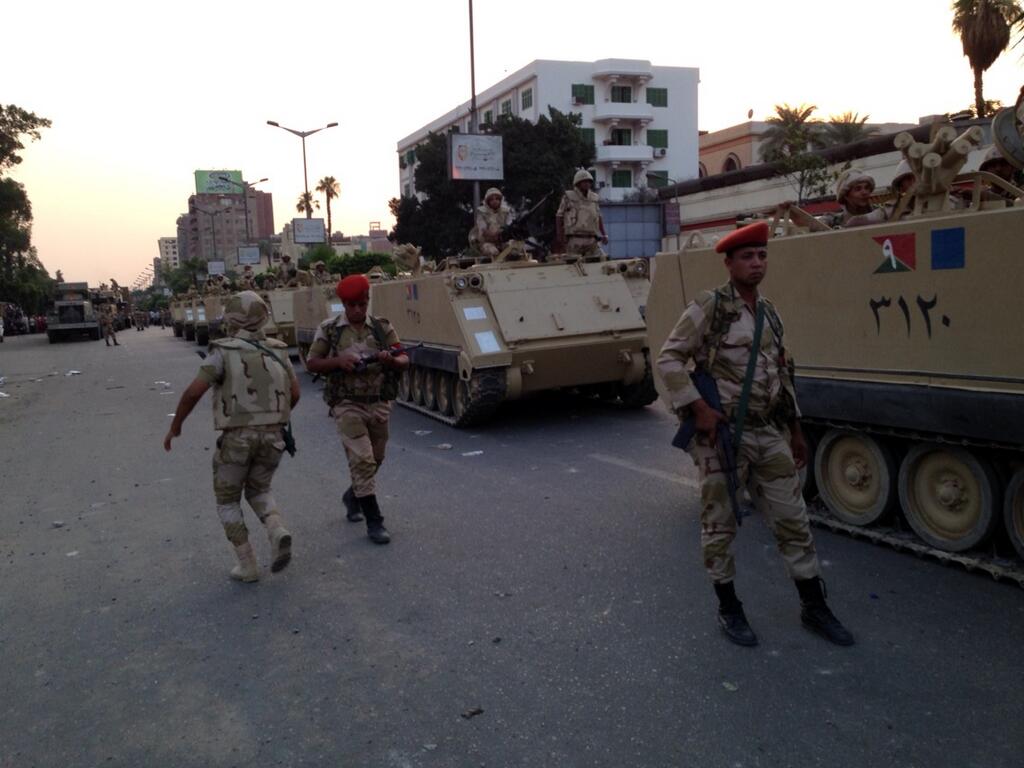 And another from Quentin Sommerville: 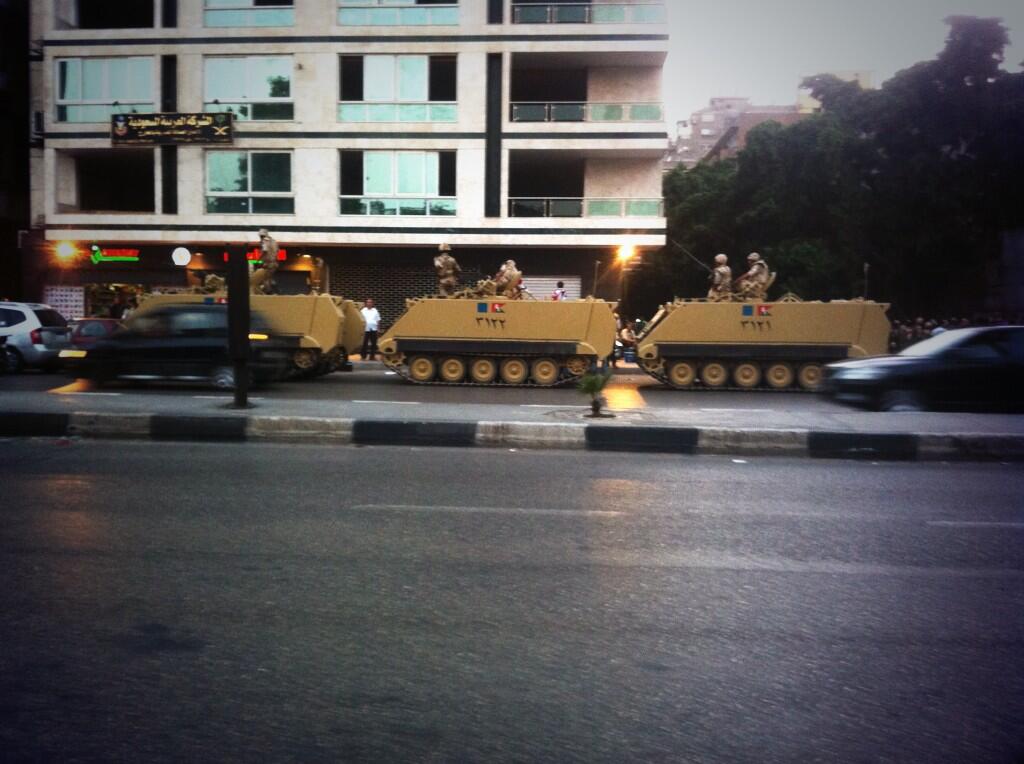 The Egyptian army erected barbed wire and barriers around a barracks where embattled President Mohamed Mursi was working and deployed armored vehicles and troops to prevent his supporters marching from a nearby rally to his palace, witnesses said.

A Reuters journalist saw troops move into place close to the Rabaa Adaweya mosque area, where tens of thousands of supporters of Mursi’s Muslim Brotherhood are rallied to support the democratically elected president and what they call constitutional legitimacy.

The army said in an official statement that it was security the area and denied what it said were reports that it was attacking Mursi’s supporters, saying: “The Egyptian army belongs to all Egyptians.”