It appears that all it took for Spain to finally grant Bolivian president Evo Morales a green light to fly in its airspace was a thorough Austrian check of its cargo hold, a la Millennium Falcon, to make sure it does not hide Barack Obama’s public enemy number 1. Sure enough, the plane has left Vienna and at last check was about to fly over Madrid in a few short minutes. 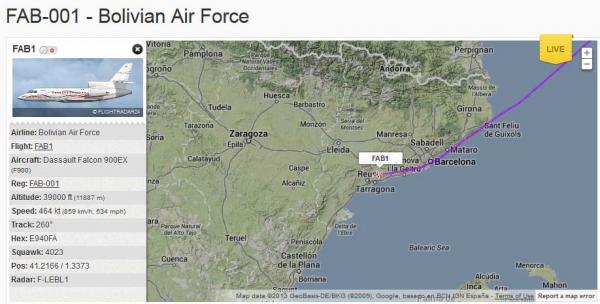