A very disturbing pattern is becoming evident all across the nation.  For a country that has 5% of the world’s population yet 25% of the entire planet’s prisoners, we sure do seem to eager to bump that figure up even higher. My guess is the trend has a lot to do with the private prison system in the country, which means higher levels of incarceration equals higher profits.  I think it also has to do with a troubling move toward criminalizing speech and an attack on the First Amendment generally. This particular case occurred in Austin, Texas and nineteen year old Justin Carter now faces eight years in jail for an insensitive joke on Facebook. Thanks to the site Texas Prison Bid’ness, we can gain some perspective on the private prison industry in the Lone Star State: 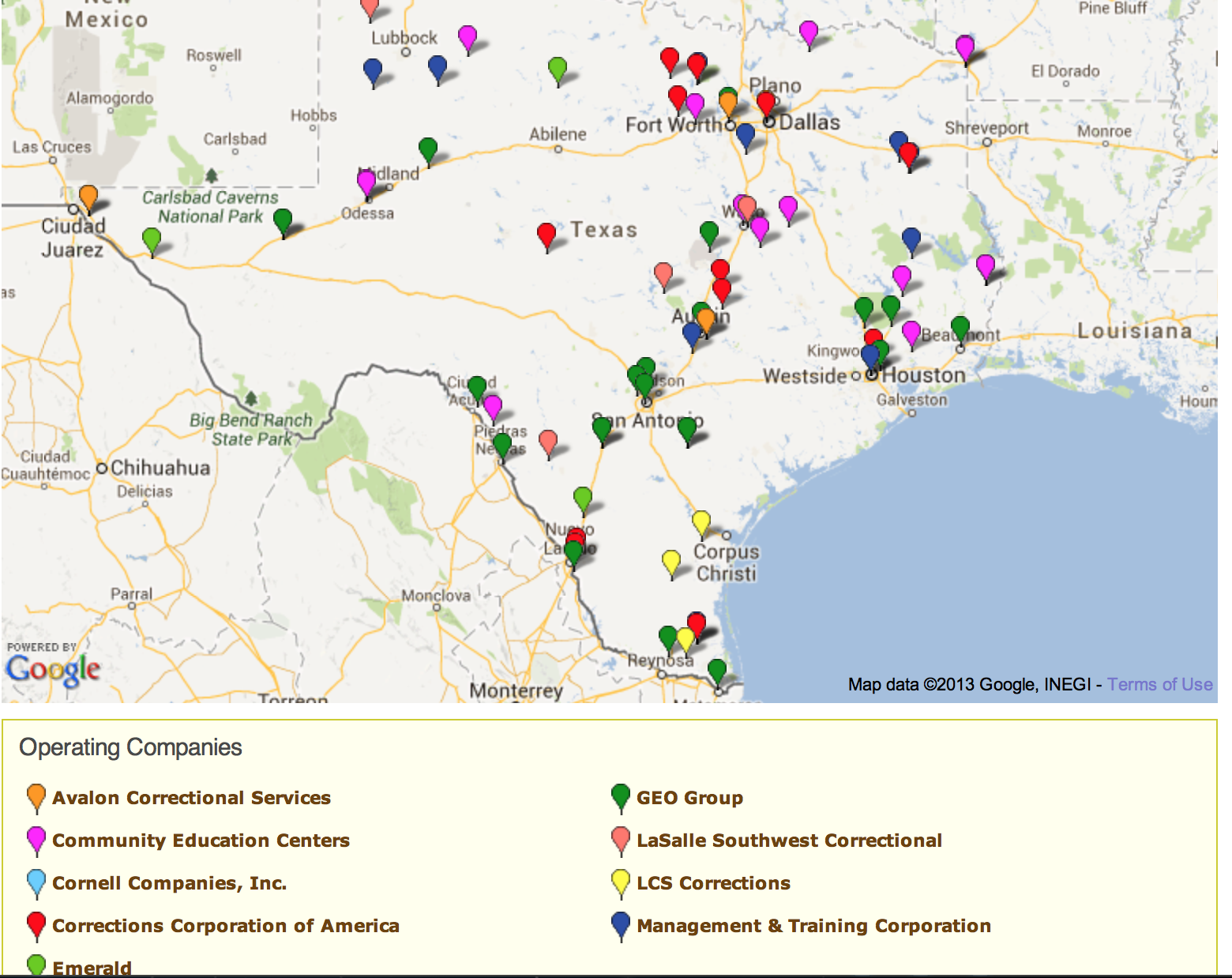 Now, here’s the story from KHOU in Houston:

Justin Carter was 18 back in February when an online video game “League of Legends” took an ugly turn on Facebook.

Jack Carter says his son Justin and a friend got into an argument with someone on Facebook about the game and the teenager wrote a comment he now regrets.

“Someone had said something to the effect of ‘Oh you’re insane, you’re crazy, you’re messed up in the head,’ to which he replied ‘Oh yeah, I’m real messed up in the head, I’m going to go shoot up a school full of kids and eat their still, beating hearts,’ and the next two lines were lol and jk.,” said Carter.

“LOL” stands for “laughing out loud,” and “jk” means “just kidding,” but police didn’t think it was funny. Neither did a woman from Canada who saw the posting.

Justin’s dad says the woman did a Google search and found his son’s old address was near an elementary school and she called police.

Justin Carter was arrested the next month and has been jailed since March 27. He’s charged with making a terroristic threat and is facing eight years in prison, according to his dad.

Friends and family have started an online petition they’re hoping will garnish more attention for Justin’s plight. You can find it by clicking here.

This is almost incomprehensible.  Were his comments insensitive and disturbing? Sure. Would a call from the police to his parents to discuss the matter have been warranted?  Maybe.  That said, I cannot think of a single reason why this kid would ever spend more than a night in jail for simply doing what many immature kids do every minute of every day. Expect many more cases such as these, as the U.S. fully transitions into a police state economy.