“Just saw this story on Rt.com. The new plan is for investors to rescue the crumbling banks. Brilliant. What a way to get people to stop using banks! It is beyond stupid, it is outright stealing. Here is the link. I am too angry to say any more right now. Damn these thieving bastards!” 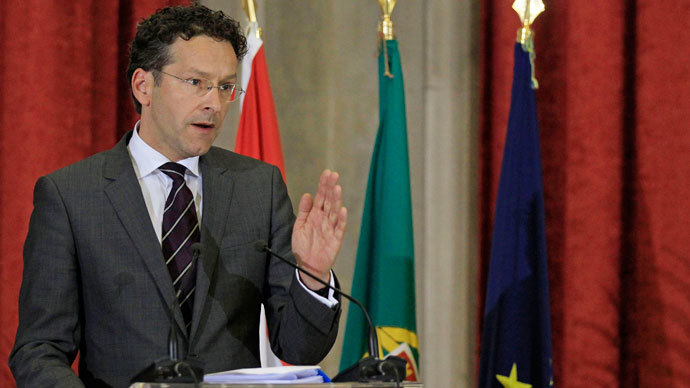 European Union finance chiefs agreed Thursday investors and wealthy depositors will foot the bill for bank bailouts, in a break with the past convention of burdening taxpayers.

If pursued, bailout strategy, shareholders, bondholders and depositors with more than 100,000 euro will share the financial strain of saving a bank. Deposits under 100,000 will be protected.

Under the new protocol, which would come into effect in 2018, countries would be obliged to absorb 8 percent of a bank’s liabilities, with some leeway thereafter.

The next time a big bank fails, governments will make sure “that shareholders and creditors are liable first and foremost,” German Finance Minister Wolfgang Schaeuble told reporters.

Rescuing banks will not be less painful for political leaders and institutions, who can now just take bank deposits instead of hiking taxes.

French Finance Minister Pierre Moscovici said France got “what we wanted” from the blueprint, and Danish Economy Minister Margrethe Vestager called the deal a “balanced compromise.”

The Irish, whose taxpayers paid nearly $40 billion to bail out Anglo Irish Bank, are happy that the new status quo will be bail-ins, not bail-outs. Banks will have to bail themselves out.

Other ministers were happy to have a universal strategy to address dealing with troubled banks.

“If a bank gets in trouble we will now, throughout Europe, have one set of rules on who pays the bill,” Dutch Finance Minister Jeroen Dijsselbloem said.

Germany has previously indicated it disagrees with a universal plan to deal with bailouts across the continent, and has warned having such a strong central banking authority goes against standing treaties.

“It took a long time and it was arduous and it was intense,” German Finance Minister Wolfgang Schaeuble said, without publicly voicing Germany’s previous qualms over the structure.

It is highly unlikely Chancellor Merkel will agree to such a banking union before the election in September.

Under the new umbrella, banks will be able to receive direct loans from the European Stability Mechanism, a eurozone bailout fund. The European Banking Authority was set up in 2011 to integrate rules across the EU and has secured a new supervisory function. All 17 currency member states support the motion, but some fear an all-too-powerful central bank.

By next week, the 27 member states need to choose a governing body, or executor, to carry out the task.

The legislature’s text grants nations a clear right to nationalize failing banks, if the step is seen as essential to preserve financial stability.

Switzerland, Norway, and other non-EU countries within Europe will still have jurisprudence over how to deal with bank failures.

The precedent was set after Cyprus requested an EU bailout and aid was dependent on the country’s agreement to levee account holders with more than 100,000 euro, which will likely result in a loss of 30 percent in savings.

The Cyprus scenario marked the first time depositors were forced to contribute to the bank’s bailout and now it is set to become the norm.

Many analysts had pointed to Cyprus as an isolated case, as their debt was heavily a result of bad Greek bonds, and a hyper-inflated banking sector, almost eight times as large as the country’s GDP.

Tax-payer funded bailouts have been the source of public discontent, and the accord is seen as a move to ameliorate political relations in the EU. 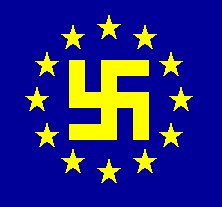 1 thought on “EU: Investors To Pay For Bank Failures”