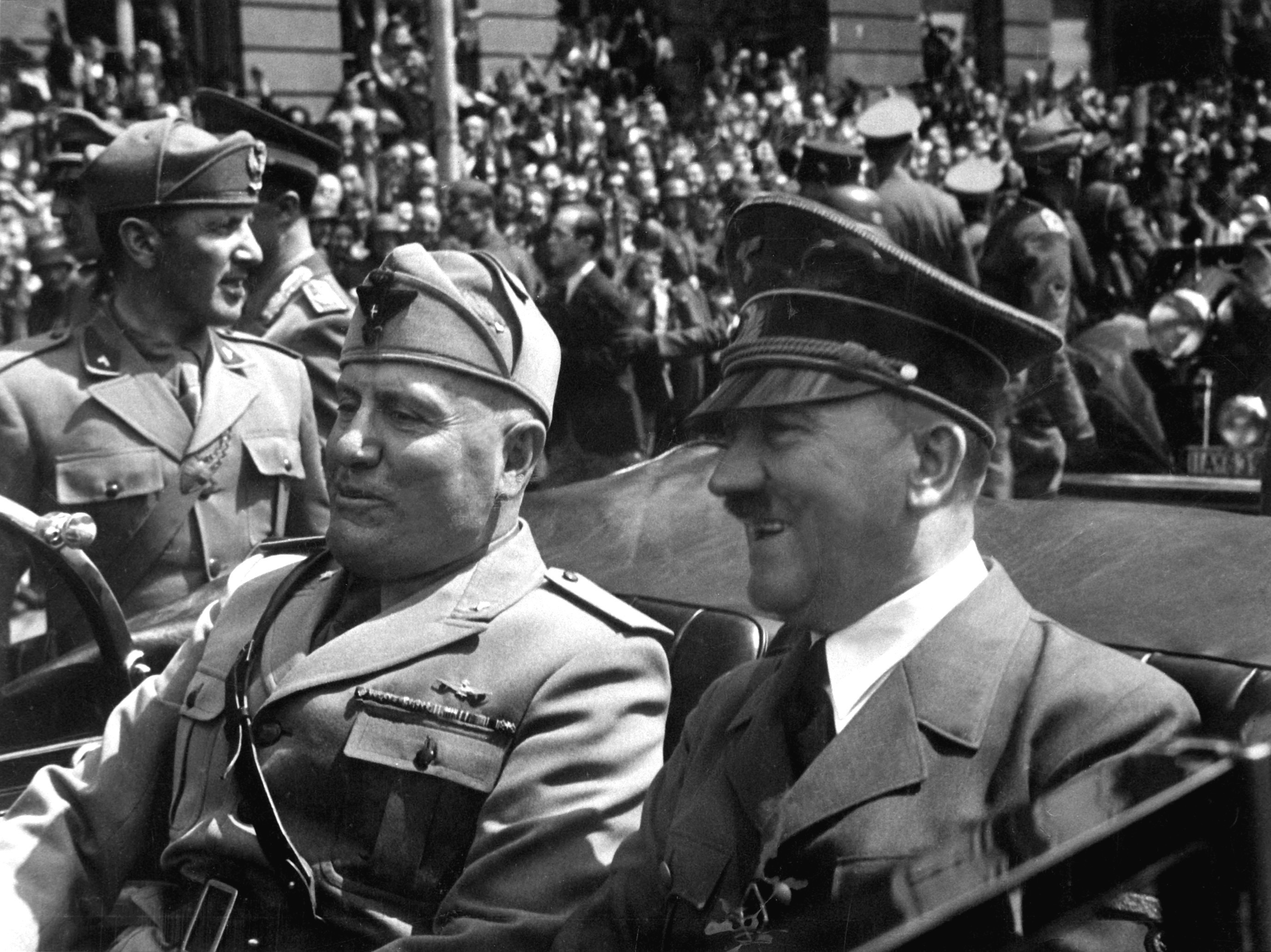 – Thousands Of Companies Have Been Handing Over Your Personal Data To The NSA (Economic Collapse, June 14, 2013):

It isn’t just Internet and phone companies that are giving your personal information to the U.S. government.  According to an astounding report by Bloomberg, “four people familiar with the process” say that “makers of hardware and software, banks, Internet security providers, satellite telecommunications companies” and a whole host of other sources are handing over your personal data to federal agencies.  The truth is that there is so much more to this NSA snooping scandal than the American people know so far.  When U.S. Representative Loretta Sanchez said that what Edward Snowden had revealed was “just the tip of the iceberg“, she wasn’t kidding.  The U.S. government is trying to collect as much information about everyone on the planet as it possibly can.  And this incredibly powerful intelligence machine is not going to go away just because a few activists get upset about it.  The United States government spends more than 80 billion dollars a year on intelligence programs.  Those that have spent their careers constructing this monolithic intelligence apparatus are doing to defend it to the bitter end, as will the corporate partners in the private sector that rake in enormous profits thanks to big fat government contracts.  But if the American people don’t stand up and demand change now, it is going to be a signal to those doing the snooping that they can push the envelope even more because nobody is going to stop them.

So why are thousands of companies handing over your personal data to the NSA?  Well, according to Bloomberg they are getting things in return:

Thousands of technology, finance and manufacturing companies are working closely with U.S. national security agencies, providing sensitive information and in return receiving benefits that include access to classified intelligence, four people familiar with the process said.

These programs, whose participants are known as trusted partners, extend far beyond what was revealed by Edward Snowden, a computer technician who did work for the National Security Agency. The role of private companies has come under intense scrutiny since his disclosure this month that the NSA is collecting millions of U.S. residents’ telephone records and the computer communications of foreigners from Google Inc (GOOG). and other Internet companies under court order.

Thanks to the recent revelations by Edward Snowden, much of the focus so far has been on the information that the NSA gets from Internet and telecommunications companies, but apparently government agencies collect information about all of us from a vast array of sources…

Makers of hardware and software, banks, Internet security providers, satellite telecommunications companies and many other companies also participate in the government programs. In some cases, the information gathered may be used not just to defend the nation but to help infiltrate computers of its adversaries.

Along with the NSA, the Central Intelligence Agency (0112917D), the Federal Bureau of Investigation and branches of the U.S. military have agreements with such companies to gather data that might seem innocuous but could be highly useful in the hands of U.S. intelligence or cyber warfare units, according to the people, who have either worked for the government or are in companies that have these accords.

We have become a “surveillance society”, and this is exactly the sort of thing that the Fourth Amendment was supposed to protect us against.  The government is only supposed to invade our privacy and investigate us when there is probable cause to do so.

But now the government is trying to collect as much information about all of us as it possibly can even though the vast majority of us will never be charged with any crime.

There seems to be no limit when it comes to how much personal data the government wants to gather on all of us.  As I have written about previously, the chief technology officer at the CIA says that they “fundamentally try to collect everything and hang onto it forever.”

And this does not just apply to American citizens.  The U.S. government is compiling data on everyone on the planet.  And since such a high percentage of Internet traffic flows through U.S. networks and U.S. companies, that gives the U.S. intelligence community a tremendous “home-field advantage”.  The following is from a recent piece authored by Ronald Deibert, a professor of political science at the University of Toronto…

While cyberspace may be global, its infrastructure most definitely is not.

For example, a huge proportion of global Internet traffic flows through networks controlled by the United States, simply because eight of 15 global tier 1 telecommunications companies are American — companies like AT&T, CenturyLink, XO Communications and, significantly, Verizon.

The social media services that many of us take for granted are also mostly provided by giants headquartered in the United States, like Google, Facebook, Yahoo! and Twitter. All of these companies are subject to U.S. law, including the provisions of the U.S. Patriot Act, no matter where their services are offered or their servers located. Having the world’s Internet traffic routed through the U.S. and having those companies under its jurisdiction give U.S. national security agencies an enormous home-field advantage that few other countries enjoy.

But what is really the point of all of this intelligence gathering?

Is it to make us a little bit safer?

If so, we are making a massive mistake.

Benjamin Franklin once wrote the following: “They who can give up essential liberty to obtain a little temporary safety, deserve neither liberty nor safety.”

Are you willing to give up your Fourth Amendment rights in order to feel a little more safe?

The U.S. Constitution never guaranteed us safety.  But it is supposed to guarantee our privacy.

Fortunately, it appears that at this point public opinion is very much against all of the snooping that the government has been doing.  According to the Guardian, most of the recent surveys that have been done are coming up with very consistent results…

Thursday, the Guardian released a poll conducted on Monday and Tuesday nights by Public Policy Polling looking at America’s reaction to the National Security Agency (NSA) controversy. The public appears to be reacting negatively to the revelations – and it seems to be hurting President Obama.

We found 50% of American voters believe the NSA should not be collecting telephone or internet records, compared to the 44% who think they should. The results hold even when respondents were told that the data the government is collecting is “metadata” (and not necessarily actual content of communications).

These results are consistent with a CBS News poll, Fox News poll, and YouGov survey that showed only 38%, 32%, and 35% of Americans respectively approved of phone record collection in order to reduce the chance of a terrorist attack. A Gallup poll was consistent with these, showing only 37% approved monitoring of Americans’ phone and internet use.

And Americans also seem to be very suspicious about what the government will do with our personal data once they have it.

In fact, according to a new Rasmussen survey, 57 percent of Americans believe that the government will use the information that it collects “to harass political opponents”.

Just this week it was reported that CBS reporter Sharyl Attkisson has had her computers hacked repeatedly.  If you are not familiar with Attkisson, she is the one reporter in the mainstream media that has been relentless when it has come to pursuing the Operation Fast and Furious and Benghazi stories.  Now we are learning that a “sophisticated” intruder hacked into her computer “on multiple occasions” in late 2012…

CBS News spokeswoman Sonya McNair said that a cybersecurity firm hired by CBS News “has determined through forensic analysis” that “Attkisson’s computer was accessed by an unauthorized, external, unknown party on multiple occasions in late 2012.”

“Evidence suggests this party performed all access remotely using Attkisson’s accounts. While no malicious code was found, forensic analysis revealed an intruder had executed commands that appeared to involve search and exfiltration of data. This party also used sophisticated methods to remove all possible indications of unauthorized activity, and alter system times to cause further confusion. CBS News is taking steps to identify the responsible party and their method of access.”

Meanwhile, in a desperate attempt to deflect attention away from all of these scandals, Barack Obama is starting a war with Syria.

In this war, we are actually going to be helping al-Qaeda rebels that are beheading Christians to take over Syria.

If you aren’t aware of the deep connection between al-Qaeda and the Syrian rebels, just read the recent USA Today article entitled “Syrian rebels pledge loyalty to al-Qaeda” or any of the dozens of other articles that you can find on the Internet that document this very clearly.

And the sick thing is that a large number of Republicans are actually applauding Barack Obama for teaming up with al-Qaeda.

Has it suddenly become “conservative” to help al-Qaeda?

What in the world is going on?

The truth was that our troops were in position long before Barack Obama made his “stunning announcement” on Thursday.  In fact, it has been confirmed that U.S. troops are already in Jordan along the Syrian border.

And could this conflict with Syria actually set the stage for a much larger conflict?

The Russians have been providing “mortars, light artillery, antiaircraft guns, antitank weapons and ammunition” to the Syrian government and they have loudly denounced the latest moves by the Obama administration.

Yes, the Assad government is horrible, but what Obama is doing in Syria is a terrible, terrible mistake.

Either way, we lose.

So what do you think about all of this?  Please feel free to post a comment with your thoughts below…