The “red-line” has been crossed. The New York Times is reporting that:

And alongside that finding, as part of (or justification for?) the arming of the Syrian rebels, the WSJ reports that the US Military is calling for a limited no-fly zone inside Syria. The seriousness of this escalation must be put in the context of a desperately-needed distraction for the current administration – which makes the decisions being made even more concerning in their potential for extremes.

Headed to the floor to discuss breaking news on #Syria – watch live: http://t.co/SEuovsKTKP

Via The New York Times,

American and European intelligence analysts now believe that President Bashar al-Assad’s troops have used chemical weapons against rebel forces in the civil war there, an assessment that will put added pressure on a deeply divided Obama administration to develop a response to a provocation that the president himself has declared a “red line.”

According to an internal memorandum circulating inside the government on Thursday, the “intelligence community assesses that the Assad regime has used chemical weapons on a small scale against the opposition multiple times in the last year.”

“Our intelligence community has high confidence in that assessment given multiple, independent streams of information,” the memorandum said.

According to a C.I.A. report, which was described by an American official who declined to be identified, the United States has acquired blood, urine and hair samples from two Syrian rebels — one dead, and one wounded — who were involved in a firefight with Syrian government forces in mid-March near the town of Utubya, northeast of Damascus.

The samples showed that the rebels were exposed to sarin and supports the conclusion that the regime has used the weapon.

In recent days, the British and French government have also asserted that there is evidence that the Assad regime has used chemical weapons.

Via The Wall Street Journal,

A U.S. military proposal for arming Syrian rebels also calls for a limited no-fly zone inside Syria that would be enforced from Jordanian territory to protect Syrian refugees and rebels who would train there, according to U.S. officials.

Asked by the White House to develop options for Syria, military planners have said that creating an area to train and equip rebel forces would require keeping Syrian aircraft well away from the Jordanian border.

To do that, the military envisages creating a no-fly zone stretching up to 25 miles into Syria which would be enforced using aircraft flown from Jordanian bases and flying inside the kingdom, according to U.S. officials.

Watch John McCain and Lindsey Graham pat themselves on the back for just escalating Europe’s crusade to get a Qatar natgas pipeline through a US-friendly Syria regime live on C-Span, at the expense of countless lives as mere “collateral damage.” 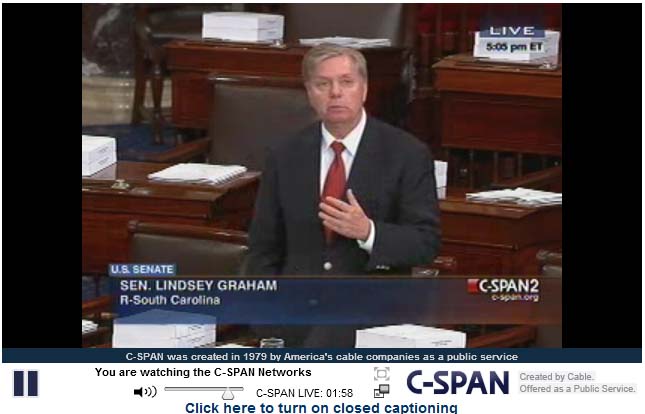 We eagerly look forward to the Russian (and Chinese) re-escalation. Things just got real and are going to move quickly from here on out. And for those who are still confused…