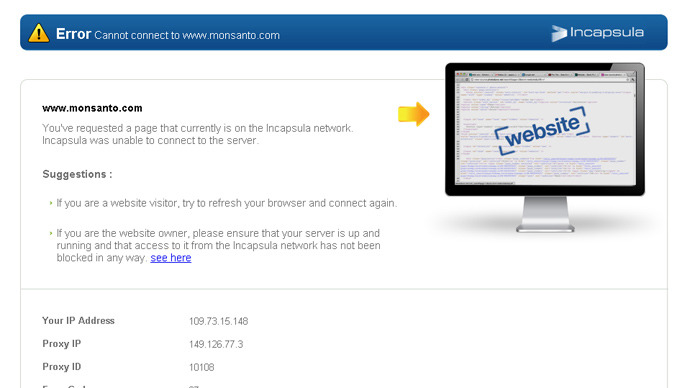 Hackers from the Anonymous collective claimed to have infiltrated the website for the biotech giant Monsanto, which has been the subject of recent international protests.

The cyber-attack was carried out as part of #OpMonsanto, an attempt to demonstrate against Monsanto’s reach into every aspect of the food industry, from nature to farmers to consumers. The corporation’s main website, Monstanto.com, appeared to have been briefly disabled Wednesday night.

It comes days after over two million people took part in rallies in 436 cities in 52 countries on May 25.

The organizers of the May 25 rallies call for labeling of GMO foods and further scientific research on their health effects. They also urge supporters to “vote with their dollar” by buying only organic products and boycotting Monsanto-owned companies. Besides that, they are urging a repeal of the so-called Monsanto Protection Act passed in the US Congress, and that the company’s executives and politicians who back them are held to account through “through direct communication, grassroots journalism, and social media.”