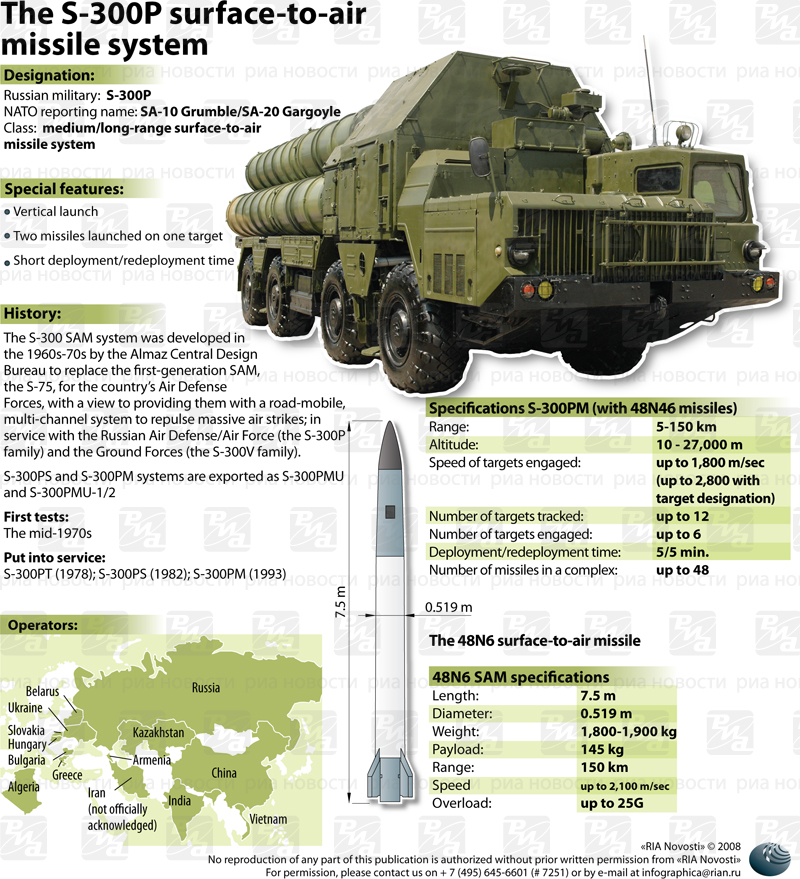 Russia says it will go ahead with deliveries of S-300 anti-aircraft missiles to Syria, and that the arms will help deter foreign intervention.

Deputy Foreign Minister Sergei Ryabkov said the missiles were a “stabilising factor” that could dissuade “some hotheads” from entering the conflict.

Russia also criticised an EU decision not to renew an arms embargo on Syria.

Mr Ryabkov said the contract for the S-300 missile systems had been signed several years ago.

“We consider these supplies a stabilising factor and believe such steps will deter some hotheads from considering scenarios that would turn the conflict international with the involvement of outside forces,” he was quoted as telling journalists.

Russia’s envoy to Nato, Aleksandr Grushko, said Moscow was acting “fully within the framework of international law”, in delivering the arms.

“We are not doing anything that could change the situation in Syria,” he said. “The arms that we supply are defensive weapons.”

The BBC’s Jim Muir in Beirut says the Russian statement could be seen as an escalation. He says there had been reports that Moscow was holding back on delivering the arms, in exchange for an Israeli commitment not to carry out further air raids over Syria.

“I hope they will not leave, and if, God forbid, they reach Syria, we will know what to do,” he said.

Russia has repeatedly blocked efforts to put more pressure on Syrian President Bashar al-Assad.Along with the US, it has been leading efforts to organise an international peace conference on Syria next month.

The Syrian opposition has not said whether to attend the conference, and was locked in talks in Istanbul, Turkey, as an unofficial deadline to decide on its attendance passed.

‘Clear signal’On Monday, the EU said member states would be able to decide their own policy on sending arms to Syria, after foreign ministers were unable to reach the unanimous decision required to extend the current arms embargo past Saturday.

However, in a declaration announced after 12 hours of talks, it agreed not to “proceed at this stage with the delivery” of equipment.

The EU’s Foreign Affairs Council is to review this position before 1 August, in light of fresh developments to end the conflict including the ongoing US-Russia peace initiative.

The EU embargo, first imposed in May 2011, applies to the rebels as much as the Syrian government.

Britain and France had been pressing for the ability to send weapons to what they call moderate opponents of President Assad, saying it would push Damascus towards a political solution to the two-year conflict.

“We are sending a signal loud and clear to the regime and being very clear about the flexibility we have if the regime refuses to negotiate,” he said.

Mr Ryabkov said Russia was disappointed by the decision. “This directly harms the prospects of convening an international conference,” he said.

More than 80,000 people have been killed and 1.5 million have fled Syria since the uprising against Mr Assad began in 2011, according to UN estimates.