JPM wasn’t satisfied with demonstrating its implicit control over the US bond issuing authority by promoting Matt Zames to the post of COO, the same Matt Zames who courtesy of his Chairmanship of the TBAC, also effectively runs the US Treasury where he “advises” the brand new Treasury Secretary who has no idea what he is doing. Oh no. Just to cover all its bases, Jamie Dimon’s firm decided to also take over the SEC as well.From a Notice of Withdrawal of appearance of one Andrew J. Ceresney filed in the case of the People of New York versus JPMorgan, in which find that Mr. Ceresney, formerly partner at Debevoise, the same firm that current SEC chief Mary Jo White came from, is no longer with the firm. 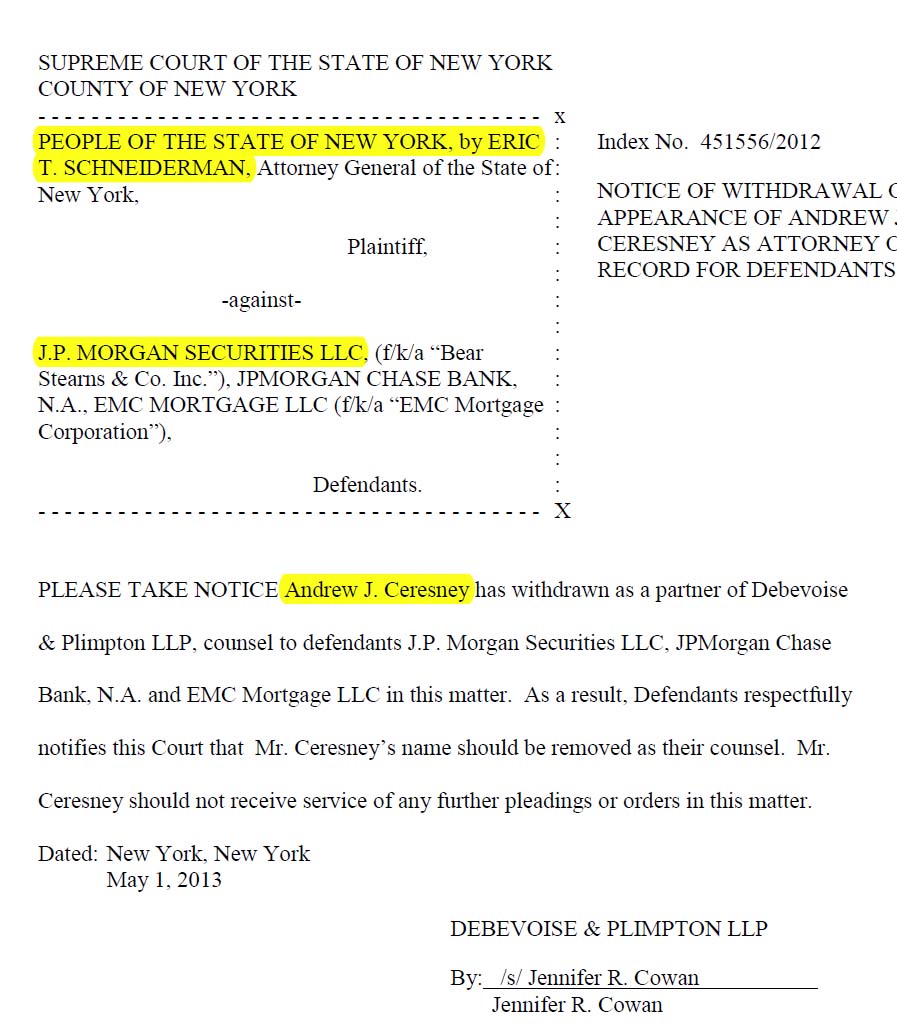 So, where is he then?

Cerseney… Cerseney… where have we seen that name…. Oh yes.

Washington, D.C., April 22, 2013 — The Securities and Exchange Commission today announced that Acting Director George Canellos and former federal prosecutor Andrew Ceresney have been named Co-Directors of the Division of Enforcement.

Previously, Mr. Ceresney, 41, served as a Deputy Chief Appellate Attorney in the United States Attorney’s Office for the Southern District of New York, where he was a member of the Securities and Commodities Fraud Task Force and the Major Crimes Unit. As a prosecutor, Mr. Ceresney handled numerous white collar criminal investigations, trials and appeals, including matters relating to securities fraud, mail and wire fraud, and money laundering.

Most recently, Mr. Ceresney served as a partner in the law firm of Debevoise & Plimpton LLP, where he focused on representing entities and individuals in white collar criminal and SEC investigations, complex civil litigation and internal corporate investigations.

“George and Andrew are two of the best lawyers and finest people I know. They are a perfect combination to lead the talented Enforcement Division professionals who protect investors and keep our markets safe and vibrant,” said Mary Jo White, SEC Chair.

Mr. Ceresney said, “I am truly humbled to be joining the SEC’s Enforcement Division with its rich history and deeply committed and talented people. I am excited to be charged with implementing Chairman White’s mandate of bold and unrelenting enforcement and thrilled to be teaming again with George, an immensely talented lawyer and close friend.”

The Enforcement Division is the agency’s largest unit, with more than 1,200 investigators, accountants, trial attorneys and other professionals. In recent years the division has achieved remarkable success prosecuting financial crisis cases, insider trading and other violations, while returning billions to harmed investors.

Mr. Ceresney served as a law clerk to the Honorable Dennis Jacobs, Chief Judge of the U.S. Court of Appeals for the Second Circuit from 1997 to 1998. He served as law clerk to the Honorable Michael Mukasey, formerly Chief Judge of the U.S. District Court for the Southern District of New York, from 1996 to 1997. Mr. Ceresney is a graduate of Columbia College and Yale Law School.

And always remember: it is “chronic underfunding” that is preventing the SEC from performing its duties. 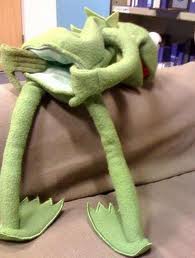