Record Dow, record S&P, record debt, record plunge in gold, and now: record US households on foodstamps. What’s not to like. While today’s gold selloff may be confusing to everyone, one can scratch off some 23,087,886 US households, or the number that according to the USDA were on foodstamps in January and just happen to be a fresh all time high, as the likely sellers, especially when one considers that the average monthly benefit to each household dropped to a record low of $274.04. This number probably ignores, for good reason, the once every four years fringe benefits of Obamaphones and other such made in China trinkets. 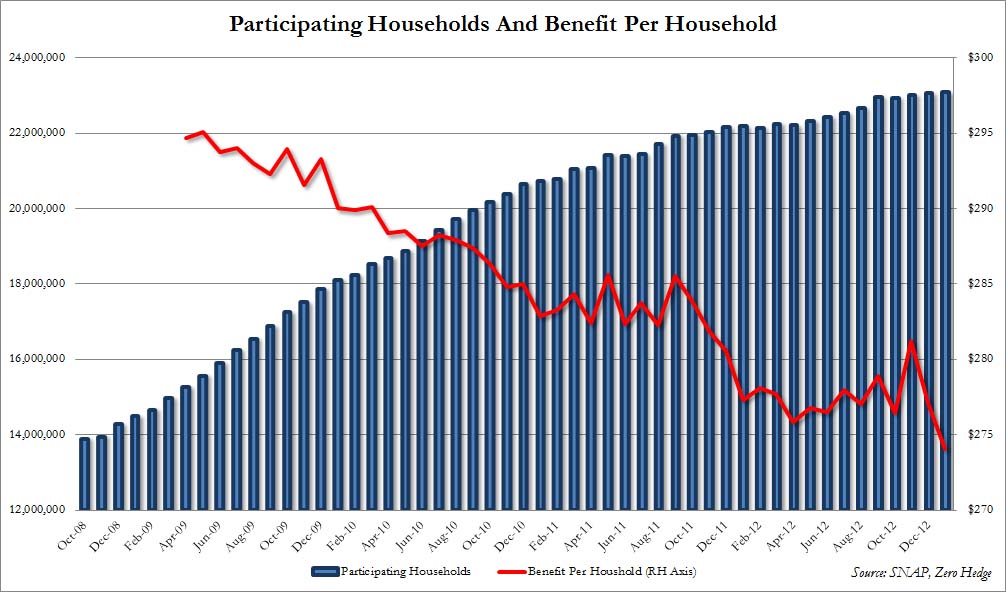 1 thought on “US Households On Foodstamps Hit Record High”