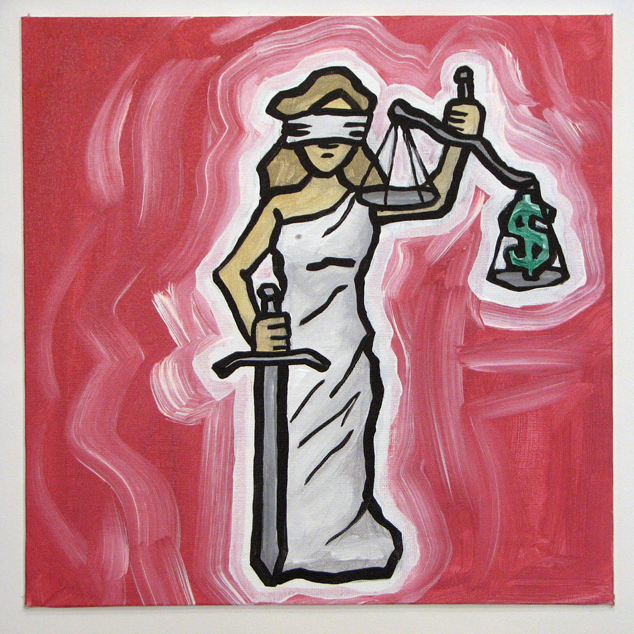 With all the recent chatter about an overhaul and dismantling of Too Big To Fail banks (spoiler alert: it will never happen, but it will take a lot of theater before that is made quite clear) many can be excused for believing the balance of power has shifted away from the megabanks (and their tens of trillions in over the counter derivative “weapons of mass financial destruction” so ably facilitating the Stockholm Syndrome of global mutual assured destruction with each passing day) and in the favor of the people, represented by the legislative (the same people who are multi-millionaires mostly courtesy of endless financial lobbying) and the judicial. Last night we got a quick reminder that absolutely nothing has changed in the true lay of the land, that the adjusted golden rule is still in place (yes, the banks still have all the gold and set all the rules), and that banks are still the undisputed rulers of the land when U.S. District Judge Naomi Reice Buchwald agreed to dismiss claims that the 16 banks targeted by various LIBOR lawsuits broke federal antitrust laws. In so ruling, the potential cost to the banks from an adverse overall resolution would be crippled. The ruling also is likely to reduce the financial inventive for new plaintiffs to join investors, cities, lenders and other parties that have already filed lawsuits.

In brief, the banks won again just when it mattered, just when it seemed they may, for once, be on the defensive, and just when the concept of accountability and responsibility for years of conspiratorial and criminal collusion to manipulate a rate impacting hundreds of trillions of IR-sensitive instruments, was about to rear its ugly head. Because in the New Normal crime and punishment is simply a book by Dostoyevsky.

What exactly did the Judge rule? Per the WSJ:

Judge Buchwald said her ruling was based on the conflicting legal arguments affecting the suits, rather than whether the underlying allegations of rate-rigging were true.

Regulators have alleged that executives and traders at certain banks tried to manipulate Libor to increase trading profits or improve the banks’ image. Libor is calculated daily for different currencies based on estimated borrowing rates submitted by banks on panels. The lawsuits target banks on the panel used to work out U.S.-dollar rates under Libor.

Judge Buchwald ruled that the banks’ alleged conduct didn’t breach federal antitrust laws, partly because the Libor-setting process was a “cooperative endeavor” and “never intended to be competitive.”

That means even if the banks did subvert the Libor process by putting in fake estimates, any losses suffered by investors and other plaintiffs would have resulted from the banks’ “misrepresentation, not from harm to competition,” the judge wrote.

In brief, according to (her interpretation of) US law, LIBOR-rigging isn’t antitrust because by definition in an organized crime syndicate all the actors were in it together “cooperatively” and not to hurt each other.

Of course, that this is the whole point of colluding and conspiring in the process becoming the Libor market, is lost on the US Federal Judge. As is the point that for years and years it was this “cooperative endeavor” that allowed banks to reap tens if not hundreds of billions in direct and indirect profits.

As the WSJ concludes: “The ruling is a rare example of good news for the banking industry amid the escalating Libor scandal. The private litigation has ballooned as the probe escalated. Analysts have estimated the potential total bill to banks at anywhere from $7.8 billion to $176 billion.” Feel free to mark it at the lower end now, if not lower. Because the last thing the criminal syndicate known as the global banking industry should be expected to do, is pay for its crimes, at least when following the legal codex it itself has been so instrumental in setting, courtesy of having long since taken over two of the three branches of government (if not all).

NEW YORK (Reuters) – A judge on Friday dismissed a “substantial portion” of claims facing a number of banks in a barrage of lawsuits accusing them of interest-rate rigging.

U.S. District Judge Naomi Reice Buchwald in Manhattan ruled for the banks, which include Bank of America Corp , JPMorgan Chase & Co and others, of allegedly manipulating the London Interbank Offered Rate, commonly known as Libor.

The judge granted the banks’ motion to dismiss the plaintiffs’ federal antitrust claims and partially dismissed their claims of commodities manipulation. She also dismissed racketeering and state-law claims.

The decision is a significant setback for private plaintiffs, whose lawsuits had been consolidated before the New York judge as part of a multidistrict litigation proceeding.

In a 161-page opinion, Buchwald said she recognized her ruling might be “unexpected,” since several defendants had paid billions of dollars in penalties to government regulatory agencies.

But she said unlike government agencies, private plaintiffs needed to meet many requirements under the statutes to bring a case.

“Therefore, although we are fully cognizant of the settlements that several of the defendants here have entered into with government regulators, we find that only some of the claims that plaintiffs have asserted may properly proceed,” she wrote.

The lead lawyers for the plaintiffs, Bill Carmody of Susman Godfrey and Michael Hausfeld of Hausfeld LLP, did not immediately respond to requests for comment.

More than a dozen banks and brokerages are under investigation by regulators worldwide for manipulating benchmark rates such as Libor, which have been the basis for more than $550 trillion in financial products.

Representatives for the various banks either did not immediately respond to requests for comment or had no immediate comment.

The cases are In Re: Libor-Based Financial Instruments Antitrust Litigation, U.S. District Court for the Southern District of New York, No. 11-md-2262.