Just your ordinary run of the mill Russian billionaire oligarch in exile who had so much money he was terminally depressed… or just the opposite, and the first tragic casualty of the Cyprus capital controls which are about to eviscerate a whole lot of Russian wealth (and ultraluxury Manhattan real estate prices)?

Exiled Russian tycoon Boris Berezovsky has died at the age 67, according to a Facebook post from his son-in-law Egor Schuppe. Details regarding the nature of his death are yet to be released.

His death has not been officially confirmed, and details have not been disclosed.

According to Schuppe, Berezovsky was recently depressed. He failed to keep in touch with friends and acquaintances, and often chose to stay at home rather than go out.

Damian Kudriavtsev, the former CEO of Kommersant Publishing House also commented on the businessman’s death saying he passed away at 11:00 GMT in London.

“Just got a call from London. Boris [Abramovich] Berezovsky committed suicide. He was a difficult man. A move of disparity? Impossible to live poor? A strike of blows? I am afraid no one will get to know now,” the lawyer said on his social network page.

Berezovsky has been found dead at his home in Surrey.

The circumstances of the death of Mr Berezovsky – a wanted man in Russia, and an opponent of President Vladimir Putin – are not yet known.

A former Kremlin power-broker whose fortunes declined under Mr Putin, Mr Berezovsky emigrated to the UK in 2000.

Mr Berezovsky claimed he had been intimidated by Mr Abramovich into selling shares in Russian oil giant Sibneft for a “fraction of their true worth”.

The allegations were completely rejected by the London Commercial Court judge, who called Mr Berozovsky an “inherently unreliable” witness

His name was Boris Berezovsky. 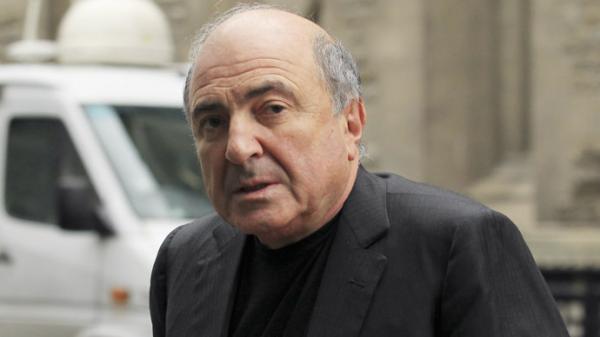