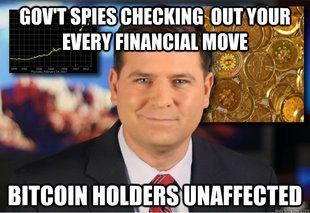 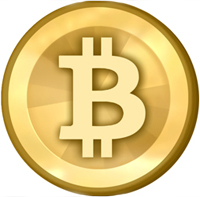 Earlier in the week, I wrote to you about an Argentine car rental agency that had started accepting Bitcoins as a means to bypass local capital controls.

We received a lot of questions about the article, the most common of which was “What in the world is a BITCOIN?”

Let’s start by looking at our current monetary system.

In most countries, a small tiny banking elite exercises total control over that nation’s money supply. And we’re just supposed to trust them to be good guys.

Yet central bankers around the world have conjured trillions of dollars out of thin air, debasing the money’s value. It’s a concept any six-year old can understand. If money grew on trees, it wouldn’t be worth very much.

This is one of the key reasons why people buy gold. You can’t just conjure gold out of thin air. It takes years of exploration and investment to pull it out of the ground.

In the information age, though, we have an alternative.

Bitcoin is digital currency. It doesn’t actually exist in our physical world… only in computers.

If this sounds esoteric and far-fetched, it’s not. The vast majority of our monetary system today is already digital.

A very small percentage of all the currency circulating in the world exists in physical notes and bills. The rest of it is merely accounting entries in bank databases. Most financial transactions are just a reshuffling of these database entries. Physical currency seldom changes hands.

Bitcoin is similar in this respect… nothing physical exists. But there are some key advantages.

For one, Bitcoin is not controlled by any government or central bank. And two, it’s private.

In the world of conventional finance, governments can see every time you use your credit card, withdraw cash at an ATM, or make a wire transfer.

Yet with Bitcoin, they don’t have this ability. And this is a key reason why Bitcoin has become so popular, especially in places like Argentina where people are getting squashed by their government.

A few days ago I wrote about an Argentine car rental agency that had begun accepting Bitcoins. My friend Sir Charles of PricedinGold.com was at their office; he snapped a photo and sent me some really great information.

The 1-day rental rate for a basic car was 380 Argentine pesos. At the government’s official rate, that works out to be $74 USD. In Bitcoins, the same car rents for 1.13 BTC… which is approximately $54 USD. This is nearly 30% cheaper!

The benefit for the rental agency is the privacy; they can avoid all the costly fees, bureaucracy, and debilitating capital controls associated with a normal transaction. Plus, they can hold Bitcoins instead of the rapidly depreciating Argentine peso.

If you think that these sorts of tactics– mind-numbing financial bureaucracy, confiscatory taxes, and capital controls– can’t happen where you live, think again.

I was just having a conversation this morning on the topic with Jim Rickards, author of the best-selling Currency Wars and one of the speakers at our upcoming Offshore Tactics Workshop.

Jim reminded me that, aside from Roosevelt confiscating gold back in the 1930s, the US government also imposed a confiscatory windfall profits tax on oil gains back in the 1970s. In addition, for most of the 20th century, capital controls were the rule around the world, not the exception.

To be fair, Bitcoin is not without its challenges. But the prospect of digital currencies presents an elegant alternative to fiat destruction.

If you want to find out more about Bitcoin, this website provides a lot of great introductory information: