Record Dow Jones, record US debt ($16,701,846,937,879.74), and now, once more, record number of Americans on foodstamps. According to the USDA, an all time high of 47,791,966 Americans closed 2012 in possession of the highly desired Electronic Benefits Transfer (EBT) card, managed by who else but JPMorgan. And with a civilian non-institutional population of 244.4 million in December, this means that a record 19.56% of eligible Americans are on Foodstamps. In December an additional 109,924 Americans became reliant on foodstamps for their poverty-level needs, bringing the total to 47.8 million. 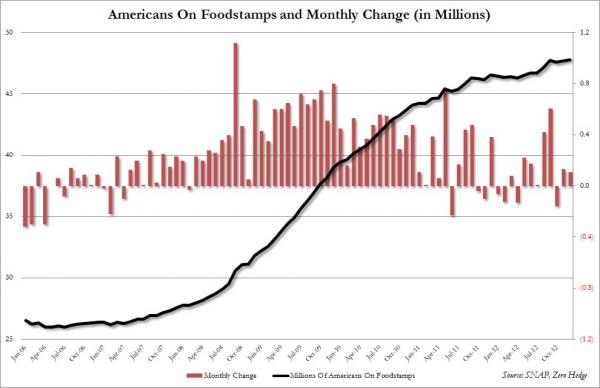 Number of US households on foodstamps: also a record of 23.1 million, with the average monthly benefit of $277.09. 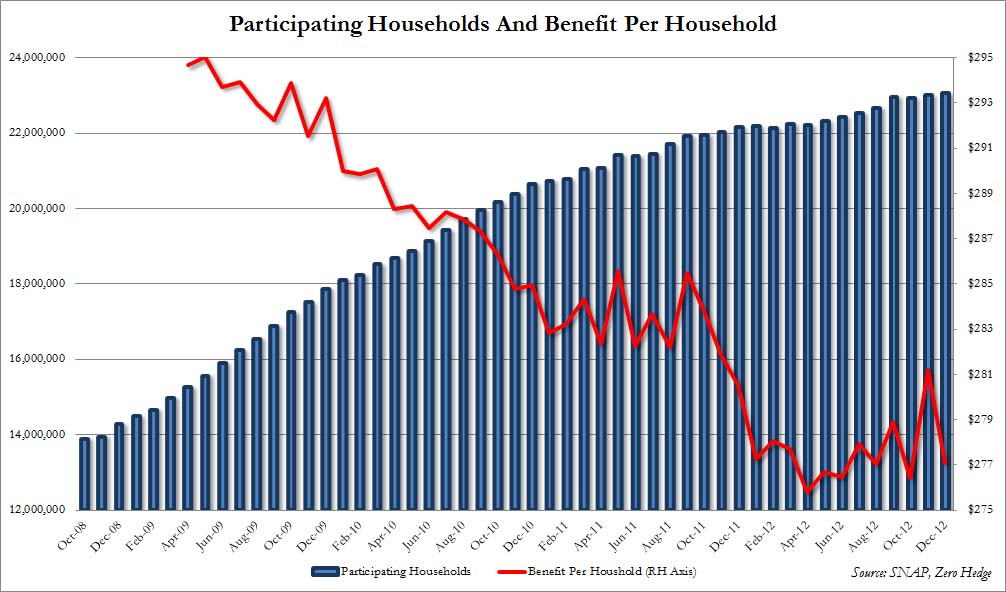 And as a percentage of the total civilian non-institutional population. 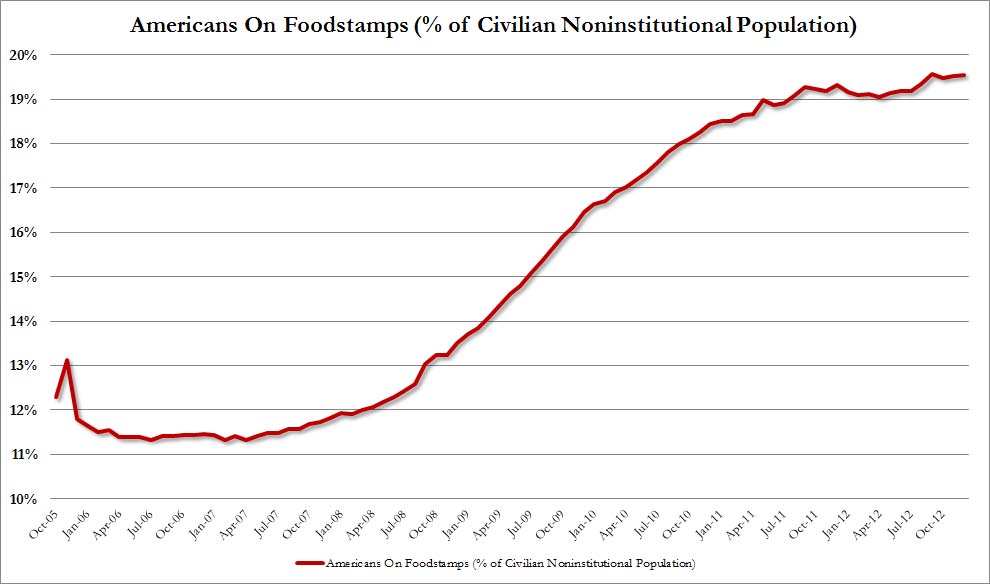 Record wealth effect for the 1%, foodstamps for the poorest 20%, and a middle class on the verge of extinction. How is this possible and what happens next? Read Dylan Grice’s piece posted earlier for all the answers.