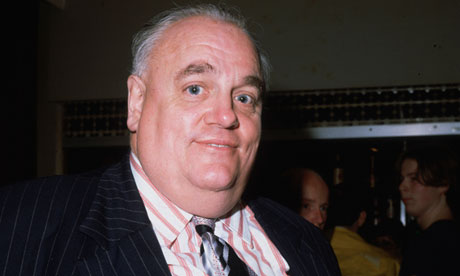 Cyril Smith, the late Liberal MP who police believe sexually abused boys in his home town of Rochdale, has been accused of assaulting a young Liberal activist inside the houses of parliament.

The alleged victim has told the Guardian that the sexual abuse took place when he was 17 in a Westminster office while other politicians walked by, not knowing what was happening. It followed 18 months of careful grooming by the MP as the assaults became more intrusive and serious, he claimed.

It is the first time that Smith has been accused of abusing anyone outside his constituency or of using his parliamentary offices to carry out a sexual assault. On Tuesday, Greater Manchester police acknowledged Smith was an abuser of boys in a hostel and a school in the late 1960s, while the Crown Prosecution Service said its decision not to prosecute Smith would not be made today.

Simon Danczuk, the current MP for Rochdale, who named Smith as an abuser two weeks ago on the floor of the Commons, said the case indicated he was a serial and brazen abuser over many decades. “We are now beginning to find that the serious sexual abuse committed by Smith was not just committed in the 60s but continued well after that, and even took place in the House of Commons.

“If the director of public prosecutions had reached the same decision as the police in 1970 to prosecute Smith, he would not have gone on to sexually abuse this man in 1979 and 1980,” he said.

The alleged victim, whose identity is known to the Guardian and has been confirmed to have been a Liberal activist at the time, said that the abuse in Westminster was the culmination of 18 months of assaults. At the same time, he was being offered the inducement of a future political career. “It happened more than six times over 18 months, and it was pushing the boundaries each time. For years, I have carried a lot of guilt. He targeted me when I was young and vulnerable, manipulated me, and used his position as a politician and his influence over others to make me do what he wanted. He thought he was above the law,” he said.

He was 16 when he first met Smith in 1979 and said he was particularly vulnerable, having fallen out with his adoptive parents. He had become interested in politics and had volunteered to post leaflets through letter boxes for Smith during the general election campaign, he said.

Smith was then the Liberal MP in Rochdale, having been first elected in 1972. He had previously been mayor of the Lancashire town. Smith approached the young activist and talked to him about local politics, and later about the 17-year-old’s difficult family life. “I had some trouble at home and I had told him about it. He offered to pick me up in his car and took me to the moors. He drove in this big black automatic Mercedes, like something from the Second World War. While he was driving and as we spoke to each other, his left hand moved up my leg into my groin. At first I thought: ‘Maybe he doesn’t know what he is doing,’ and he was probably a bit confused himself,” he said. “But it got much worse.”

His alleged victim says he has agonised over whether he could have avoided the advances, but Smith was a powerful man whom he did not want to cross.

“I was lonely and needed a father figure and he wanted to be a father figure to me. But it came at a price,” he said. “He let me know how powerful he was – he knew everyone in Rochdale, including the police.”

The abuse happened intermittently, and sometimes nothing would happen when they were alone together, he said. On other days, he would be grabbed and assaulted.

As Smith’s assaults became more intense and intrusive he offered another inducement – a political career and a future seat in parliament. “Smith told me that I might be the next MP when he retired if I worked with him and I was looking for a way out of home and out of Rochdale,” he said. The MP began to take his young friend to Liberal functions. On one occasion, Smith introduced his alleged victim to David Steel, the then Liberal leader who was visiting the constituency, he claimed. “Through him, I was being introduced to the top politician in the party. At that age, of course I was impressed,” he said.

Smith was also careful to let his alleged victim know that he had been investigated and cleared by police after claims that Smith had abused young boys in Cambridge House children‘s home, a privately run care home in Rochdale. It emerged last week that Smith had been investigated in 1969 by Lancashire police, who sought his prosecution, but the then director of public prosecutions dismissed the case the following year.

“Smith told me that when you are famous, people are out to get you. But he told me he was housemaster in a home and he would say they were bad buggers in there and you have to discipline them. Smith said the police tried and failed to turn it into something more sinister,” he said. The assault in parliament happened after Smith invited the alleged victim down for a day. It took place in the 29-stone MP’s small office, as other MPs, including the Labour leader Michael Foot, walked by. “There we were in parliament and he was manhandling me. I was and still am deeply ashamed about what I let him do to me. I didn’t tell anyone within the Liberals. I have a profound regret of everything I did and what I let him do. But he let me know he would ruin my credibility if I tried to take him on,” he said.

The victim, who is now a businessman and a father of four, contacted Greater Manchester police two weeks ago with an official complaint of sexual assault against Smith and offering his help in any inquiries, but said he has yet to hear anything back from the force. “I want this story to get out there because the public should be aware of what powerful people can do to silence young people they wish to bully into sexual favours,” he said.