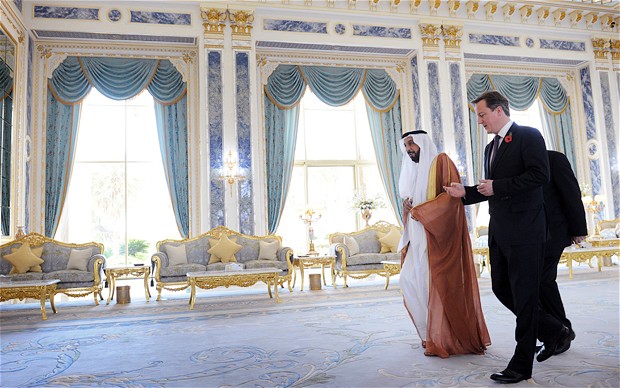 In a significant departure MPs will be told today that the UK will directly deal with the armed opposition in Syria for the first time.

Previously Britain has only held talks with the political leaders outside the country over a conflict that has left tens of thousands civilians dead and over 1 million people displaced.

Britain yesterday vowed to step up its efforts to bring about an end to a regime that has presided over a civil war that has cost as many as 40,000 people lose their lives.

The first National Security Council meeting after the US presidential election which is likely to be chaired by Prime Minister David Cameron, will be dedicated to the crisis in Syria.

That meeting is likely to look at ways to bring America on board with a more direct strategy towards Syria now that the next US president has been elected for a four year term.

Britain is not allowed by a European Union arms embargo to supply weapons to Syria – a fact which Mr Cameron signalled was “frustrating” during a three day visit to the Middle East.

William Hague, the foreign secretary, will tell an opposition conference in Doha today that he “has authorised diplomats to have direct contact with military figures on the ground” through secure communication links with armed rebels.

The man favoured to win western backing for a new opposition front at the Qatar conference told The Daily Telegraph he planned to establish an interim government inside the ‘liberated’ parts of northern Syria.

It would seek international recognition, request a fund of “more than a billion dollars”, and military support to “defend ourselves from the regime’s war planes”.

A written ministerial statement is due to be laid in Parliament outlining the new initiative, which will be coordinated by the team led by Jon Wilks, a senior official at the Foreign Office.

Downing Street said Britain wanted to also help the rebel fighters within Syria to work together to topple Assad, as happened in Libya to face Col Muammar Gaddafi’s brutal regime.

A Number 10 source said: ‘At the moment there are lots of different groups. They haven’t come together and coalesced in the way in Libya all with the shared aim of toppling Gaddafi. This is all about helping them to do it.

“We are engaging with the opposition to try and encourage them come together much more on the ground.

“The point of it will be to talk to the leaders of the local armed groups. What we’ve concluded is that it’s too hard to do this by only talking to people outside the country.

“The opposition have been very clear that they want help from the international community.”

Britain will also stress to the rebels the need to respect the human rights of captured Government, the source added.

Britain is prevented from physically arming the rebels by a European Union arms embargo which prevents any military hardware being supplied to any Syrians.

But Mr Cameron signalled that he was frustrated by the embargo and the inactivity of the United Nations.

He told British newspaper reporters: “On Syria, I’m frustrated that we aren’t able to do more, either at the UN where I’d like us to push harder for clearer resolutions calling on Syria for a clear political transition. But we’ll keep pushing.

‘Obviously we’re part of an EU arms embargo so we’re not able to take that step.”

Asked what he would say if Assad said today he was ready to leave and wanted a safe exit, the Prime Minister said: “Done. Anything, anything to get that man out of the country and to have a safe transition in Syria.

“Of course I would favour him facing the full force of international law and justice for what he’s done. I am certainly not offering him an exit plan to Britain but if wants to leave he could leave, that could be arranged.”

The Prime Minister will pledge an extra £14 million to refugees in Jordan today as he visits a refugee camp which has been set up for Syrians.