The details of the Spanish bad bank are being released and it is ugly – far uglier than many had expected. And while the Spanish government expects priovate interest to take some of this massively discounted ‘crap’ off their hands, we have three words: ‘deleveraging’ and ‘no bid!’.

The Spanish government remain in a world of their own with this level of self-delusion. Haircut details as per the below:

What this table shows is up through what valuation point there are no natural bids on given Spanish assets. In other words, nobody will bid on Spanish Land at even an 80% haircut, and the fair value of new Housing is well below half of book value! Said otherwise, the state of Spanish real estate is an absolute catastrophe and the bad bank implicit haircuts just confirmed this.

To summarize: Spain wants its banks to default on its assets, without actually defaulting, have the liability be transferred to a third party, and then not have this third party’s debt be counted against the debt of the country.

A comparable analogy would see someone defaulting on their mortgage, keeping the house, and not have the default count against their credit rating.

Finally, as a reminder, Spain has €180 billion in bad loans and rising exponentially. Even a blended 50% haircut will barely cover just the existing population of bad loans, which will very soon surpass €200 billion and proceed to soar happily ever higher, at which point the current Bad Bank iteration will be found to be far too little (as usual), about 3 years too late. 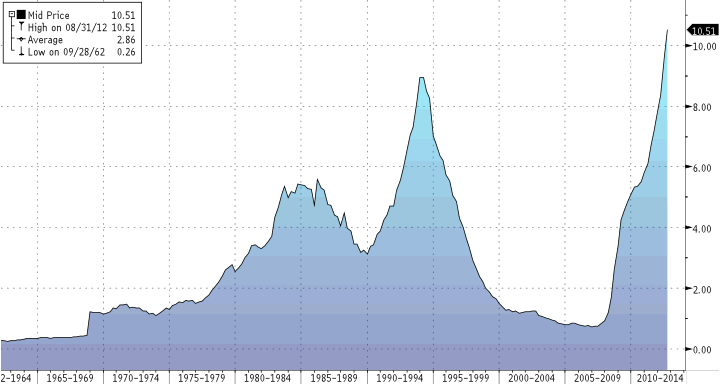 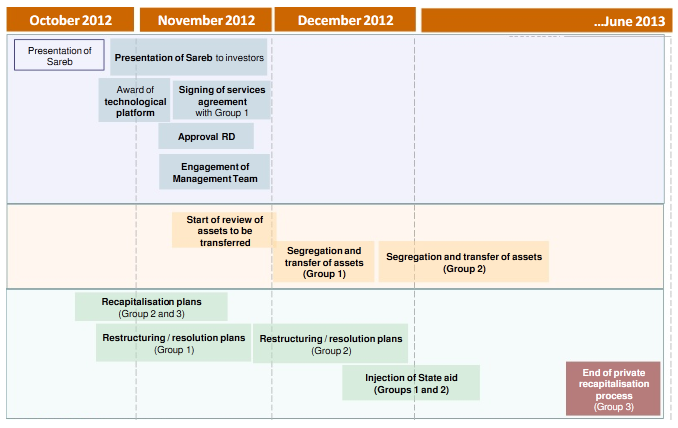 Of course, none of the dates above matter when one Grexit would crush not only Spain, but Europe. But in a vacuum the calendar sure is purdy.

Full bad bank presentation from the Bank of Spain (pdf):