– China Warns It Will Respond “Forcefully” To Japanese Violation Of Its “Territorial Sovereignty” (ZeroHedge, Oct 27, 2012):

While the topic of the Japanese purchase of the contested [Senkaku|Diaoyu] Islands may have receded from the front pages of global media for lack of any major recent developments, the issue is still quite ripe in the minds of over 1 billion Chinese (and several hundred million Japanese, not to mention the executives of Japanese car and electronics makers who have seen a cliff-like collapse in purchases of their products by Chinese consumers in the past month). However, just because it is out of sight, does not mean it is out of mind, the front page of the official Chinese Daily is out with a big piece titled “China says no concession on territorial sovereignty” in which it makes it abundantly clear that Japan will have no choice but to back down in what China continues to consider an “aggressive” invasion of its territorial sovereignty. And to avoid any confision. Xinhua clarifies that if “anyone wants to challenge China’s bottom line on the issue of sovereignty, China will have no alternative but to respond forcefully so as to remove disturbance and obstacles and move steadily on the path of peaceful development.“

So just like Europe, where nothing has been resolved, but merely swept under the ECB’s ever bigger rug, and is merely waiting to be unleashed in the next risk-flaring episode, so the territorial dispute in Asia will escalate until either Japan backs down, or China finally makes good on its threat. One can only hope the two don’t coincide as the system, already stressed out to the max, will see another major exogenous shock, only this time with the Fed already ‘all in‘, there is nothing incremental that Bernanke’s policy will be able to do to avoid the subsequent shock as the global financial system takes another major step down, precisely as David Einhorn warned.

From the front page of China Daily:

China on Friday said it will take forceful measures in response to any moves that challenge the country’s bottom line on sovereignty.

“We want to live in friendship with all countries including Japan, but we have to uphold our principles and bottom line,” Chinese Vice Foreign Minister Zhang Zhijun told reporters Friday night.

Zhang said China pursues a policy of friendship and partnership with its neighboring countries and stays committed to the path of peaceful development.

“However, should anyone want to challenge China’s bottom line on the issue of sovereignty, China will have no alternative but to respond forcefully so as to remove disturbance and obstacles and move steadily on the path of peaceful development,” he said.

Zhang said Japanese government’s “purchase” of the Diaoyu Islands, which was announced on September 10, constituted a grave violation of China’s territorial sovereignty. 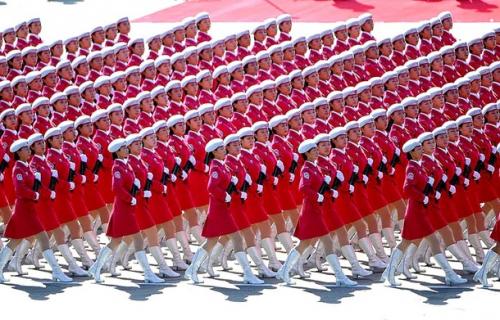