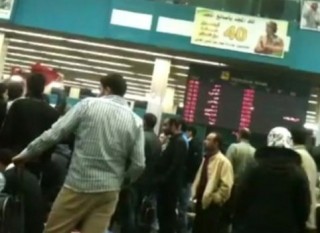 —Intelligence sources in Libya reported that foreign “assault teams” had arrived in Libya in advance of the unrest due to the Terry Jones telethon which included a short but insulting film clip involving the Prophet Mohamed.

Terry Jones, reputed former CIA/Gladio recruiter, ran this 13 minute clip as part of a telethon made up of far worse material, a telethon broadcast worldwide at great cost to his 25 member church.

Now key admissions of the nature of the attack make it virtually impossible for any Libyan group to have been involved, a story now being “sold” to the press along with Libyan reprisals.

Studies now reveal as many as 15 separate teams involved, from surveillance to traffic management, to perimeter security to fire support and communications, not to mention “infil” and “exfil” teams along with logistical support.  In comparison, the US attack on the “bin Laden compound” in Abbotabad was poorly executed and amateurish.

What makes the new information “key” is more detailed information on the attack which proves conclusively it had taken days, perhaps weeks to plan and coordinate.  Those efforts would have been useless without the influx of GOP funding for the Jones telethon, without Google’s violation of its own policies, keeping an offensive YouTube video online and without key sources in the Middle East promoting the video carefully time to the assault by highly trained special operations forces believed to have flown in from Dubai.

Management of the US press, continually dancing from one conspiracy theory to another, is a clear sign that this operation originated in the United States, was handed off to an intelligence agency tied to the Romney campaign and Netanyahu, who turned to friends in the Gulf, as intelligence reports confirmed, to complete the complex and well coordinated military operation on two continents. 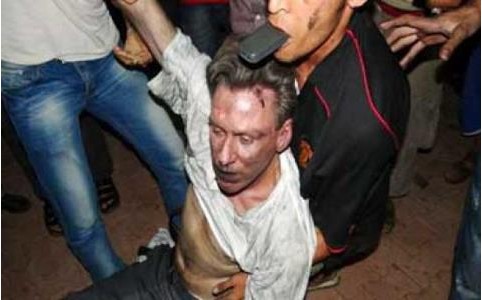 HOW DID THIS PHOTO TAKEN BY THE KILLERS GET DIRECTLY TO THE ROMNEY CAMPAIGN?

Below, from Newsweek, an Israel/American publication uses what we are told is actors demonstrating “Muslim rage.”  Note the western/Israel “handler” pushing them up to the camera.  It is his hand with bitten nails and a wedding ring we see “controlling the scene.” 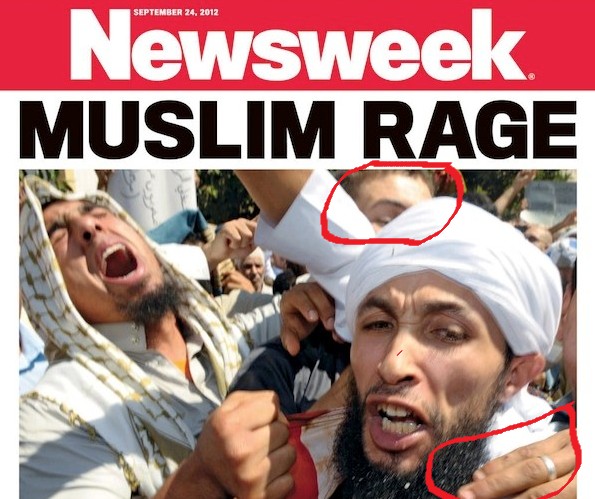 The US Intelligence report indicates the following:

As Ambassador Stephens was in Benghazi to open and American Space Cultural Center, full operational security was used.

The US findings are clear in that it was necessary for, not only the Ambassador’s itinerary and security details to have been carefully studied but that secure communications were hacked using advanced technologies unavailable.

FBI groups operating inside Libya are working on the assumption that the attack was premeditated but have been restricted from investigating any sources outside Libya or coordinating with intelligence groups that maintain a detailed log of entry and exit of all “persons of interest” as a normal part of their assignment.

The team used was hard to miss, advance teams scouting the consulate after communications intercepts picked up the ambassador’s schedule.  Further teams to procure the weapons needed, not that difficult in Libya.

The detailed planning of the assault would have included “dry run” practice sessions, carefully outlining perimeter control and traffic management, something only extremely advanced professional military organizations would be capable of.

More devastating is the coordinating with groups inside the US that managed the cover operation through orchestrating rioting and managing false news reports which have, until today, released totally false versions of the events in Libya.

The first story to come close was from the Associated Press, 11 days after the report.

Veterans Today had all of this 11 days ago.