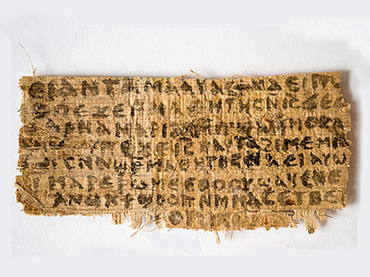 A newly-discovered ancient text labeled “The Gospel of Jesus’ Wife” could prove Jesus and Mary Magdalene were married. The Fourth-century papyrus challenges one of the cornerstones of Christian religion: that Jesus was celibate.

The discovery was made by Harvard Divinity School Professor Karen L. King, who specializes in Coptic literature, Gnosticism and women in the Bible. King made a presentation of her research on Tuesday evening in Rome.The papyrus’s authenticity and date have yet to be confirmed; however King and other scholars are pretty sure they are dealing with a real historic gem.

The Vatican has not yet commented on King’s finding and suggestions.

Text written on an 8cm by 4cm piece of papyrus has Jesus speaking to his disciples saying ‘my wife’ in the Coptic language. The text is written in the old Coptic language on both sides of the papyrus. The inscription on one side is badly damaged and the test is undecipherable. Only two words – ‘my mother’ and ‘three’ – could be identified. However it’s the other side that has sparked the interest.

The phrase ‘my wife’ challenges the settled portrayal of Mary Magdalene as a whore and the Christian concept of abstinence. It casts doubt “on the whole Catholic claim of a celibate priesthood based on Jesus’ celibacy,” King told Smithsonian Magazine.

“Christian tradition has long held that Jesus was not married, even though no reliable historical evidence exists to support that claim,” King said at a conference in Rome on Tuesday.

The initial origin of the text is unclear. The owner who showed it to King found it in 1997 in a collection of papyri that he acquired from the previous owner, who was German. The papyrus is said to originate from Upper Egypt. Professor King says it must be reliable evidence of Jesus’ biography. She claims it was likely composed in Greek around a century after the crucifixion, and later translated into Egyptian Coptic. 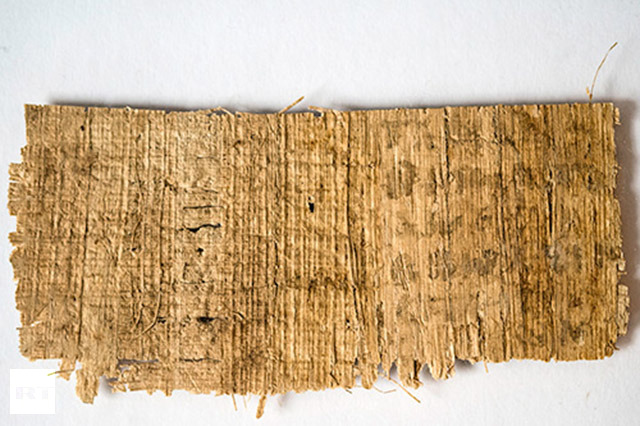 King believes that this “gospel” was long hidden due to major divergences with the official dogmas of Christianity.

“This new gospel doesn’t prove that Jesus was married, but it tells us that the whole question only came up as part of vociferous debates about sexuality and marriage,” King said.

Speaking at a conference on Tuesday, King mentioned that some people who aware of her discovery asked if the papyrus’ text could refer to Jesus being married to the Christian faith, not to a woman.

Some scholars are skeptical of King’s discovery, questioning the authenticity and significance of the find.

According to The Christian Science Monitor, bible scholar and Professor at the Asbury Theological Seminary in Wilmore, Kentucky, Ben Witherington III said the document resembles Gnostic texts of the second, third and fourth centuries, where there was practice of “the sister-wife texts, where they carried around a female believer with them who cooks for them and cleans for them and does the usual domestic chores, but they have no sexual relationship whatsoever.”

Nag Hammadi of the Coptic library at Laval University in Quebec, said there were “thousands of scraps of papyrus where you find crazy things,” The Christian Science Monitor reports.

Jesus’ bloodline has been a subject of dispute among various religious communities for centuries. Many contradicting hypotheses on Jesus’ bloodline were described in books, films, and research materials. There is, however, no proof that Jesus was not married. Christians have made an effort to maintain the idea that Jesus was celibate and chaste.

Some historians believe that Jesus had a child with Mary Magdalene and his bloodline descended from it.

Several people have publically claimed to come from Jesus’ bloodline, among them Basharat Saleem, the late Kashmiri caretaker of the Martyr’s Tomb of Yuz Asaf in Srinagar, Michel Roger Lafosse, a Belgian pretender to the throne of the former Kingdom of Scotland, and American author, lyricist, and screenwriter Kathleen McGowan. 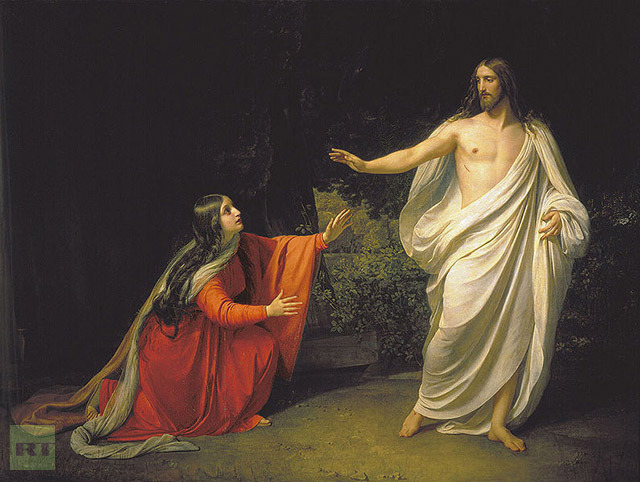 Appearance of Jesus to Mary Magdalene after resurrection, Alexander Ivanov, 1835 (Image from http://en.wikipedia.org)