Sadly for the US labor force, today’s number of reported unemployed people according to the Household Survey, which came at 12,544,000, or a drop from 12,794,000 (even as the number of employed declined as well from 142.2MM to 142.1MM), tells only half the story. As the following chart of the day, a bigger problem comes from the fact that in August another 8 million Americans were working part time, double what it was at the start of the Depression. Additionally, 5.2 million, also double the number 4 years ago, are marginally attached to the labor force. Combined, this adds up to 25.8 million, which is the real number of interest, even ignoring the nearly 400,000 who mysteriously dropped out of the labor force. As Bloomberg concludes, “It is likely firms have altered their hiring behavior following the recession, which has resulted in a low-wage bias that favors part-time and temporary workers.” Sadly, this means that the change in the labor market is now secular, and the Fed will have to reassess everything it knows, just as it had to reevaluate its flawed understanding of Stock vs Flow, and why more and more are now calling for endless QE. 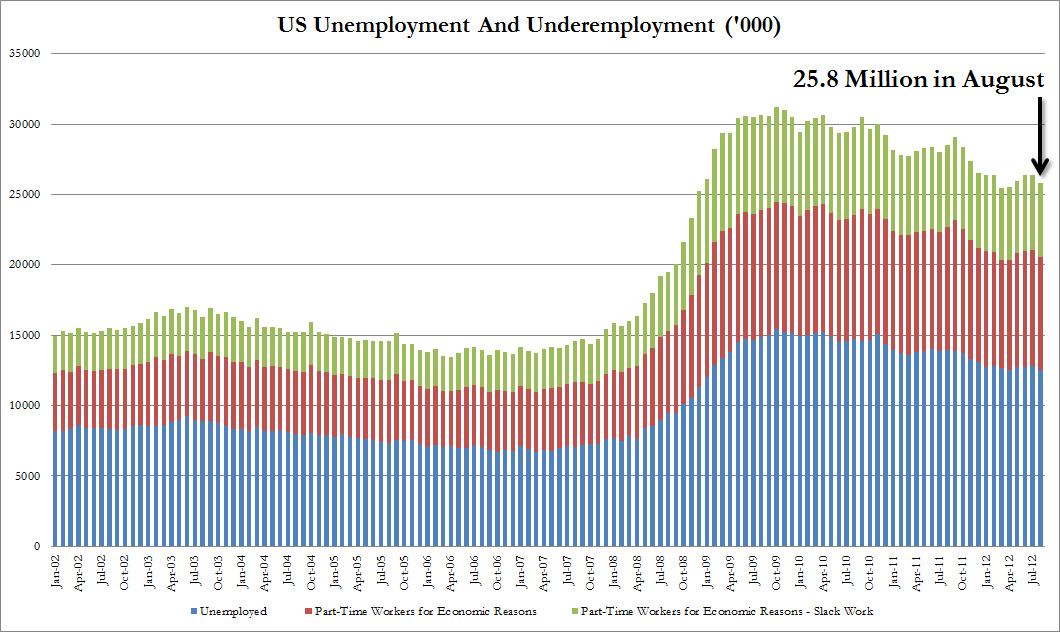