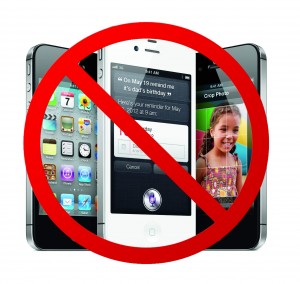 Last week Apple was awarded a troubling patent, originally filed in June of 2008, which would enable a feature many users likely wouldn’t want: the remote disabling of the camera on one of Apple’s many devices via infrared signal. Allowing for the cameras on cell phones to be remotely disabled could, in my opinion, be quite dangerous since it very well might mean that crimes could go unpunished due to the lack of video evidence which might otherwise be collected.

The patent, number 8,254,902, is entitled, “Apparatus and methods for enforcement of policies upon a wireless device” and it outlines a broad range of ways this technology could be applied for so-called “policy enforcement.”

As Michael Zhang of PetaPixel points out, the use of this technology could actually be much more expansive and considerably more objectionable than preventing cheating in writing that the patent “showed the potential downsides of bringing cameras into the world of wireless connectivity, which appears to be the next big thing in the camera industry.”

It would be quite worrisome indeed if both phones and cameras alike could be disabled during, perhaps, a brutal crackdown on a protest or any other action which someone might not want captured like in the aforementioned cases.

Keep in mind, the patent clearly states it is “for changing one or more functional or operational aspects of a wireless device, such as upon the occurrence of a certain event.”

In other words, it is not limited to just disabling cameras. The same apparatus and methods could be used to block people from being able to call or send text messages as well.

“In one embodiment, the event [which triggers the technology] comprises detecting that the wireless device is within range of one or more other devices,” states the patent assigned to Apple Inc. of Cupertino, California.

“In another variant, the event comprises the wireless device associating with a certain access point,” the patent states.

According to Apple Insider, “The new invention can create customized alert profiles for a number of situations by using a variety of methods, including GPS, cellular triangulation and WLAN communication. Calling on a set of predefined rules called “policy enforcement,” a device’s actions, or lack thereof, can be dynamically changed to create a situationally aware phone.”

Apple Insider reports that Apple is mostly leveraging radio technologies in this effort with one embodiment of the technology using Wi-Fi.

The user’s device would communicate with a Wi-Fi base station which then selects the particular alert parameters according to the situation. For instance, in a classroom it would likely prevent sending text messages, internet browsing, etc. or perhaps just put the device into silent mode.

The more troubling version of the technology, however, is the use of GPS which would trigger a certain profile on the device based on the location of the device. This could allow phones to be disabled when they enter the area in which a protest is occurring or any other target area for that matter.

At least Apple Insider leaves us with the comforting conclusion, “It is unclear when or if Apple will use the patent.” Let’s hope they don’t because the last thing we need is fewer cameras around to capture injustices of any and every variety.