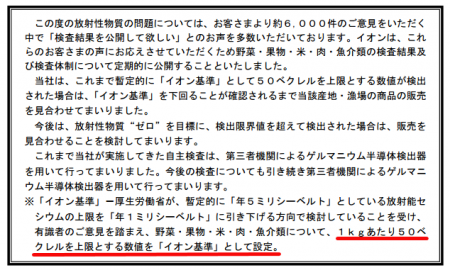 Aeon published the results of radiation testing, but the testing was only done on a few samples.

Aeon is currently building their backup headquarters in Aichi, central Japan. (cf. Largest supermarket chain and Imperial family move their back up in western Japan)