There was a time when retail stock outflows were considered a bullish catalyst: after all, retail was always considered the dumb money (not “two and twenty” hedge funds which continue to underperform the stock market, and have done so for the past five years), and would pull money at the bottom and add money at the top. This is no longer the case for the simple reason that while persistent outflows from domestic equity funds continue (and as the recent shuttering of levered ETFs by Direxion shows the infatuation with synthetic mutual fund replacements is now over), for the inverse to be true there have to be inflows, which are now non-existent. In the past two years, or 106 weeks of market data, there here been 17 weeks of inflows, or 16% of the total, amounting to $31 billion. The remainder? Outflows for a total of $300 billion. In the 32 weeks of YTD 2012 money flows, there have been 5 weeks of inflows for a total of $3.6 billion (which was also equal to the outflow in the last week alone) none of which coincided with market tops, and in fact the biggest outflows occurred just as the market hit interim highs. The most recent inflow, as tiny as it may have been, curious occurred during the May lows, proving retail is if anything, the smart money now. In other words, those looking for hints about the market based on retail flows are advised to look elsewhere. What this data does show is that no matter what happens in the stock market, the outflows will persist and are unlikely to reverse direction. Because if the S&P at fresh 2012 (and multi-year) highs is unable to draw retail out of hibernation, nothing will. Where is the money flowing? Why into fixed income of course, proving that as far as the now extinct investor class is concerned, return of capital is the only thing that matters, while HFTs and prop trading desks can fight over all the return on capital scraps provided courtesy of the Chairman. Curious where the volume has gone? Now you know. 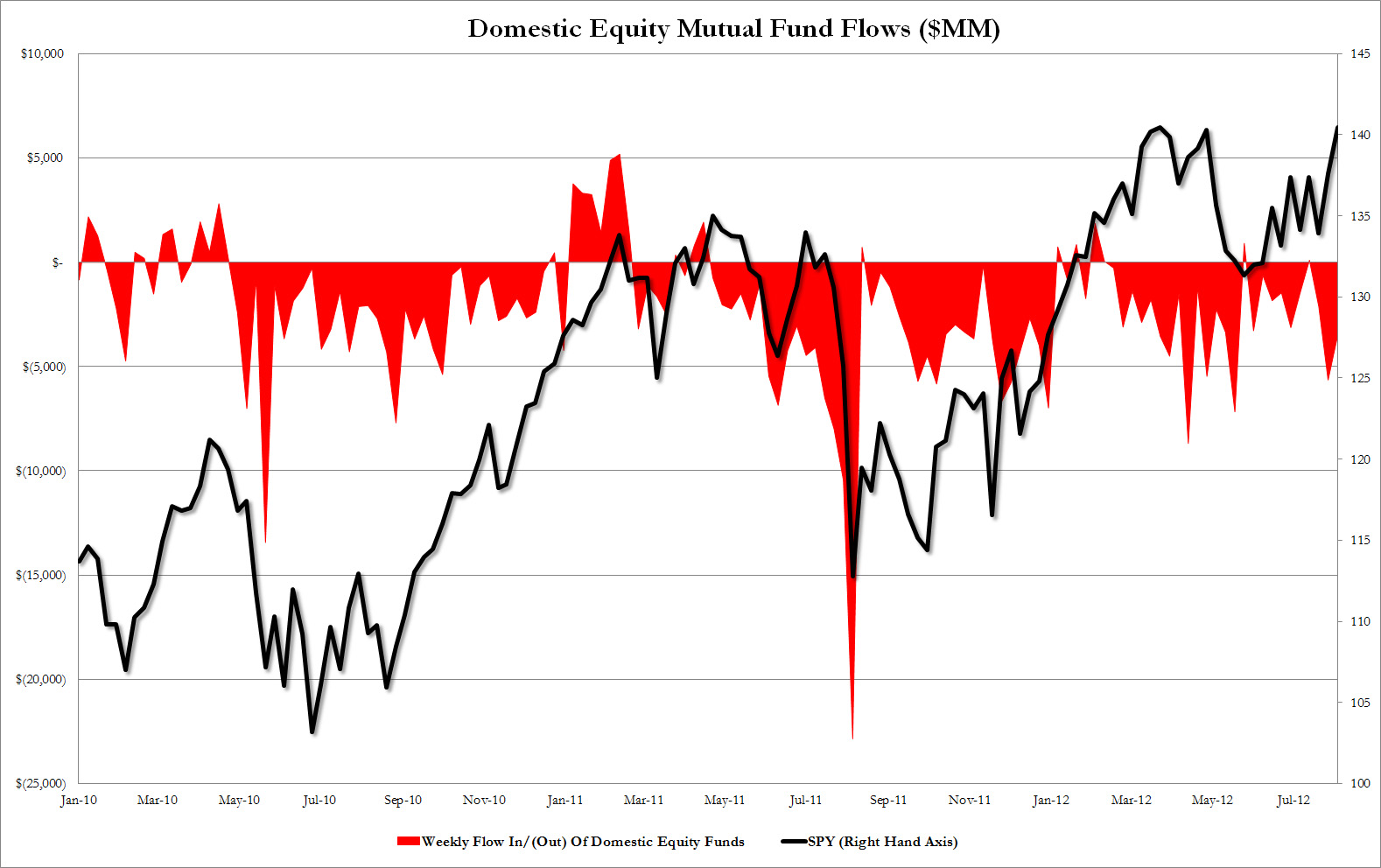 1 thought on “Retail Exodus From Stocks Continues: Another $3.6 Billion Pulled Out Last week”