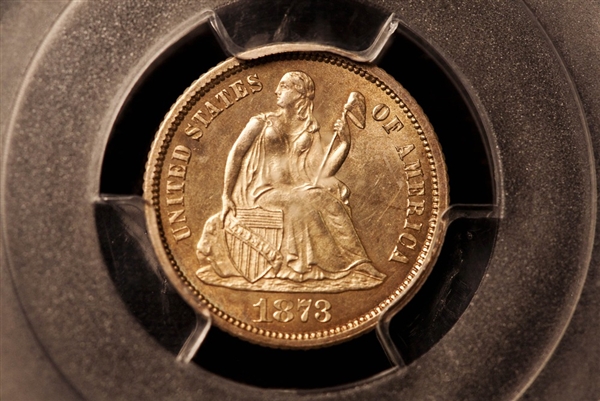 The rare coin was minted in Carson City, Nev., during a one-day run of dimes.

“Generally speaking, in the coin auction business, you might get a couple of people fighting each other” as they bid, he said Friday. “On this one, we had four or five buyers over a million dollars. We had a fair amount of buyers pursuing it.”

The 1873-CC “No Arrows” Liberty Seated dime was auctioned Thursday night. It’s part of the Battle Born Collection, which contained one of every coin struck in Carson City before the mint there closed in 1893.

All 111 pieces were auctioned off Thursday night, fetching a total of nearly $10 million.