This is the latest tally: since the start of the Second Great Depression, the US has lost a total of 5.2 million nonfarm payroll jobs, beginning with 138 million jobs in December 2007, and printing at 132.8 million as of 90 minutes ago. So far so good. The problem, however is that the denominator in the equation is not fixed, and as everyone knows the US labor force, despite the ridiculous BLS data fudging, is growing in line with population, albeit at a slower pace. According to all non-partisan budget forecasters, each month the labor force should be adding 90,000 people. Which in turn means that since December 2007, the labor force has really grown by 4.6 million. Adding these two together leads to a 10 million job deficit. So what has to happen for these 10 million to get promptly put back into jobs, and for America to get back to the ~5% unemployment rate it boasted just as the credit bubble peaked? Nothing too crazy: the country just has to create 262,000 jobs every month for the remainder of Obama’s first, and now, by the looks of it, second term too. We are quite confident he can handle it. 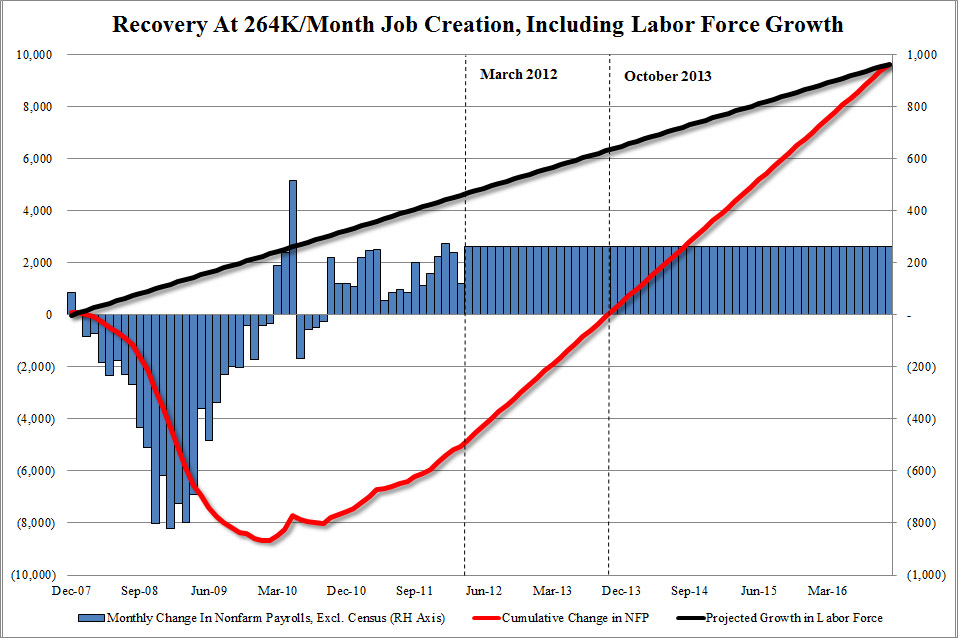