–  US Draws Up Plans For Nuclear-Powered Drones 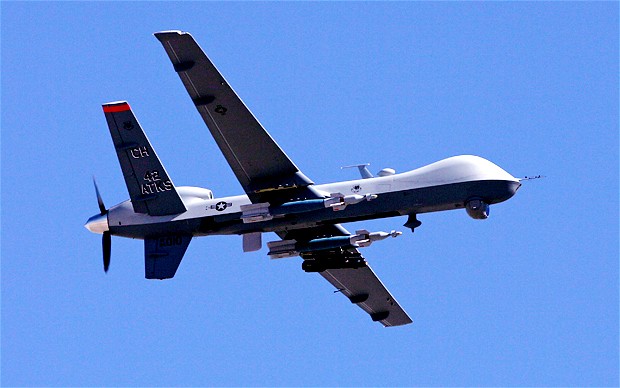 A US Air Force drone crash-landed at a Seychelles airport, the second remote-controlled aircraft to go down in the African island nation in four months.

A statement from the US Embassy said the unmanned, unarmed MQ-9 Reaper aircraft crashed near the Seychelles International Airport Runway on Wednesday, causing no injuries.

The statement said the drone “came to rest in sea water” near the airfield located on the main island of Mahe. The statement did not speculate as to the cause of the crash, but said there was no indication it was related to a hostile act.

The Seychelles Civil Aviation Authority (SCAA) said that the drone developed technical problems soon after take off and needed to land quickly. The remotely-piloted drone tried to land but was unable to and crashed.

“It touched down on the runway and bounced a few times before ending (in) the sea at the extreme southern end of the runway,” the SCAA said in a statement.

This was the second US aircraft to crash near the Seychelles airport and career into the Indian Ocean.

The first drone went down on the East African archipelago on December 13. The crash caused no injuries and the airport was reopened for normal traffic within minutes.

Local officials said the American drones based in Seychelles are used to track pirates in and around the Indian Ocean. The aircrafts are usually unarmed, although they are capable of carrying weapons.

A classified US diplomatic cable dated 2009 revealed that the aircraft performed missions over Somalia and the Horn of Africa from the Seychelles.

The US has used drones in the past to hunt for al-Qaeda militants in Somalia and Yemen, among other countries.

There is a small US military team stationed in the Seychelles to operate the drone programme.