And if you are opposed to the fascist NDAA (‘Indefinite detention’ for American citiens) signed into law on New Year’s eve by President Obama, then you are an anti-government extremist:

– US DEPARTMENT OF HOMELAND SECURITY HAS TOLD BANKS – IN WRITING – IT MAY INSPECT SAFE DEPOSIT BOXES WITHOUT WARRANT AND SEIZE ANY GOLD, SILVER, GUNS OR OTHER VALUABLES IT FINDS INSIDE THOSE BOXES!:

According to in-house memos now circulating, the DHS has issued orders to banks across America which announce to them that “under the Patriot Act” the DHS has the absolute right to seize, without any warrant whatsoever, any and all customer bank accounts, to make “periodic and unannounced” visits to any bank to open and inspect the contents of “selected safe deposit boxes.”

Further, the DHS “shall, at the discretion of the agent supervising the search, remove, photograph or seize as evidence” any of the following items “bar gold, gold coins, firearms of any kind unless manufactured prior to 1878, documents such as passports or foreign bank account records, pornography or any material that, in the opinion of the agent, shall be deemed of to be of a contraband nature.”

– Chuck Baldwin: It Is Getting Very Serious Now:

As readers may recall, the MIAC report profiled certain people as being potential violence-prone “militia members”: including people who supported Presidential candidates Ron Paul, Bob Barr, and myself. In addition, anyone who opposed one or more of the following were also included in the list: the New World Order, the U.N., gun control, the violation of Posse Comitatus, the Federal Reserve, the Income Tax, the Ammunition Accountability Act, a possible Constitutional Convention, the North American Union, the Universal Service Program, Radio Frequency Identification (RFID), abortion on demand, or illegal immigration. 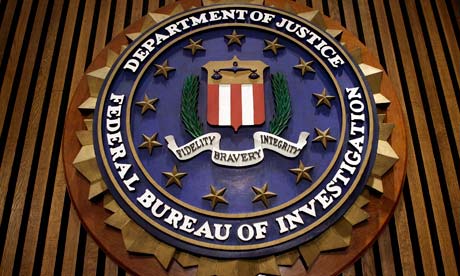 Anti-government extremists opposed to taxes and regulations pose a growing threat to local law enforcement officers in the United States, the FBI warned on Monday.

These extremists, sometimes known as “sovereign citizens,” believe they can live outside any type of government authority, FBI agents said at a news conference.

The extremists may refuse to pay taxes, defy government environmental regulations and believe the United States went bankrupt by going off the gold standard.

It is the government that believes that it can live outide the confines of the constitution, trampling on our constitutional rights and turning America into a fascist military police state: