Now who will tell them to protect their assets with physical gold and silver?

If one were to consider that nearly half the population of a given country has never had the pleasure of killing otherwise efficient time with the likes of Facebook, and other fad internet sensations, one would assume that the efficiency of the population would be far higher than other places whose citizens spend every waking hour gazing at a monitor. One would be wrong. As the following chart from Eurostat via Goldman shows, about 45% of the Greek population has never used the internet. Surprisingly the balance of the PIIGS is not far behind, with Portugal, Italy and Spain hot on Greece heels (which 5 years ago had two thirds of its population never interact with the web). Is it possible that sitting in front of a computer, uploading millions of pics and “liking” this and that does indeed do miracles for globalization and corporate efficiency? Was Zuckerberg’s letter, gasp, 100% correct? 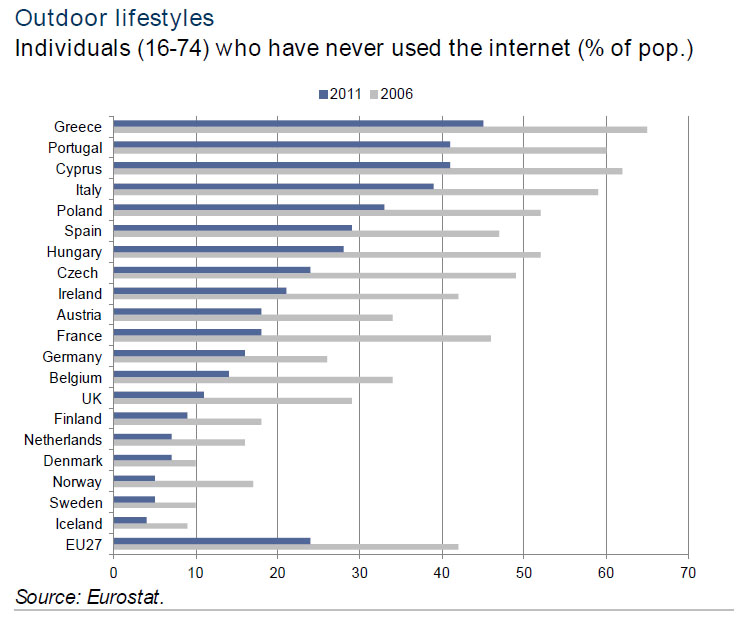