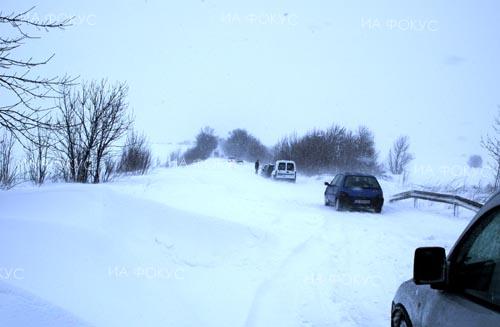 Sofia Airport had cancelled flights to Frankfurt and Bulgaria’s Black Sea city of Bourgas, according to Bulgarian National Television.

Overnight, snow in western Bulgaria had begun to stop but the situation remained difficult in the Danubian plain and in eastern Bulgaria.

A Code Orange weather warning was in force in Bourgas, Varna and Dobrich. Code Yellow was declared in the districts of Yambol, Sliven, Turgovishte, Rousse, Razgrad, Silistra and Shoumen.

Roads were closed in the Dobrich area, except for the road to Balchik. Most schools in Dobrich were closed for the day on January 27.

The Road Infrastructure Agency said on the morning of January 27 that the road between the town of Shoumen and the Black Sea city of Varna was closed. There were strong winds in Varna.

Roads in the Byala and Obzor areas on the route between Varna and Bourgas were closed.

In the areas worst-hit by snow, snowfalls were expected to end between 5pm and 7.30pm, making clearing-up operations easier.

Electricity distribution company CEZ told bTV said 22 settlements, all in the mountains, were without power. Road access was difficult but local authorities had promised that these roads would be opened by the end of the day to enable power restoration to go ahead, the company said.

Schools were closed in Gabrovo and Varna, bTV said.