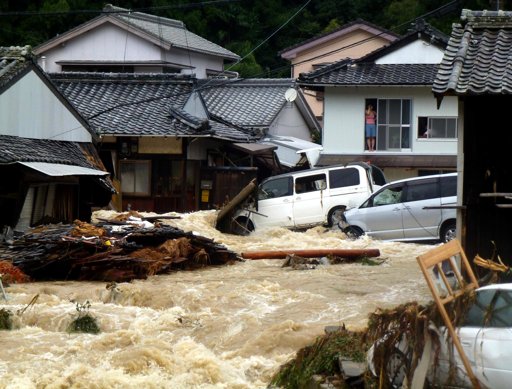 Evacuation orders and advisories were issued to 460,000 people in the region, which is hundreds of miles (kilometers) from the country’s tsunami-ravaged northeastern coast.

The typhoon dumped record amounts of rain in some areas, and more was expected. It was the country’s worst storm since one in 2004 that left 98 people either dead or missing, the Yomiuri newspaper said. By Sunday, Talas had been downgraded to a tropical storm.

In nearby Nara prefecture, seven people were reported missing after their homes were swept down a river, NHK said. A 73-year-old man died in Nara when his house collapsed in a landslide, police said.

The storm damaged Nijojo castle in the ancient city of Kyoto, tearing a large piece of plaster from the gate wall. The castle, a popular tourist destination, is designated an important cultural treasure.

The center of the season’s 12th typhoon crossed the southern island of Shikoku and the central part of the main island of Honshu overnight Saturday. It was moving slowly north across the Sea of Japan off the country’s west coast, the Japan Meteorological Agency said.

Because of the storm’s slow speed, the agency warned that heavy rains and strong winds were likely to continue. With the ground already soaked, fears of additional mudslides were growing, and the agency issued landslide warnings in nearly all of the country’s prefectures. 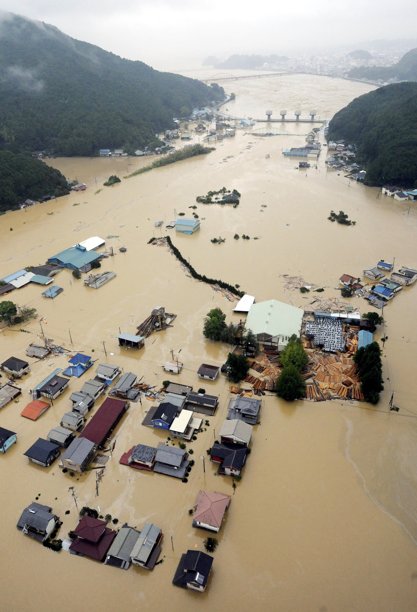