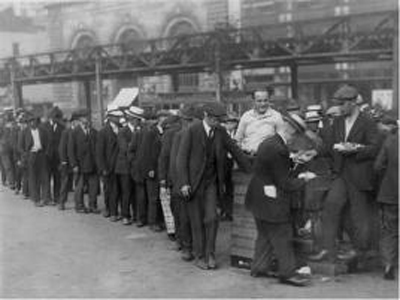 And as those market crashes reminded us, the downdrafts can last a lot longer and be a lot more severe than most people initially think.

(They can also reverse themselves quickly and unexpectedly, and maybe that’s what will happen this time. We can always pray.)

But there are also several very important differences between this market crash and the ones a few years ago:

That means the government’s ability to do anything about this market crash is severely limited.

Yes, we’ll almost certainly have a “QE3.” And maybe that will prop things up a bit. But it won’t fix the fundamental problems clogging the economy, just as QE1 and QE2 didn’t permanently fix anything. (The only thing that will fix our economy is debt-reduction, discipline, and time.)

To get a good sense of how hamstrung the government is, you need only look as far back as last week, when Congress was so paralyzed that it almost put the country into default rather than raise the debt ceiling. 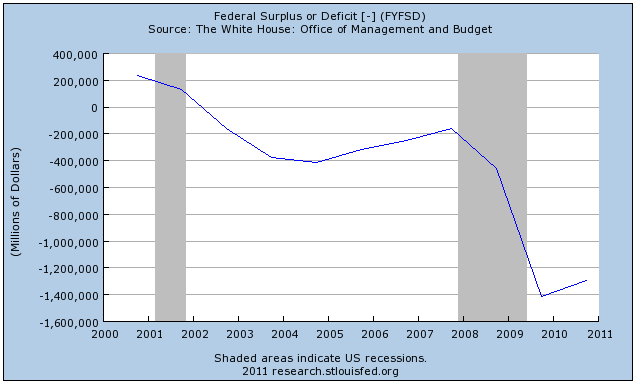 Meanwhile, to get a good sense of how different the Fed’s position is now than it was at the start of the last two market crashes, all you have to do is look at the chart below.

In 2000, when the market tanked, the Fed Funds rate was 6.5%. The Fed immediately began cutting rates and eventually took them all the way down to 1%. (Where it left them for far too long, thus helping to inflate the housing bubble.)

In 2007, when the market began to crack, the Fed Funds rate was 5.25%. The Fed immediately began cutting rates and eventually took them all the way down to 0.25%. Where they have been as long as anyone can remember. And where they still are today, just as the market is beginning to crash again. 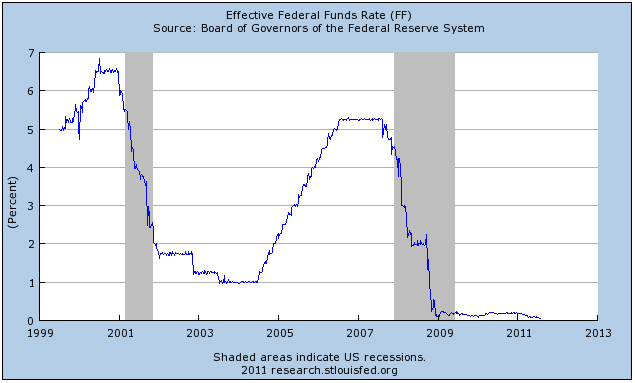 In short, it IS different this time. And not in a good way.