As inequality in the US grows, the ultra-rich are pouring their spare cash not just into private jets, but into private security. Think there’s a connection? 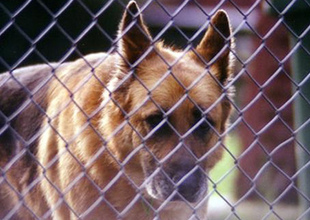 “Violence in the streets, aimed at the wealthy. That’s what I worry about.”

That was what an unidentified billionaire told Robert Frank of the Wall Street Journal a while back. Rich people are scared of global unrest, Frank reported, citing a survey by Insite Security and IBOPE Zogby International of people with liquid assets of $1 million or more (translation: folks who have or can get their hands on $1 million in cash fairly easily) that says 94 percent of the wealthy are concerned about “global unrest” around the world.

Of course, Insite has an interest in getting the paranoid rich to beef up their security. Still, the numbers are backed up by other trends seen throughout the world of wealth today: the rich keeping a lower profile, hiring $230,000 guard dogs, and arming their yachts, planes and cars with military-style security features.

John Johnson, the owner of the $230,000 dog featured in the New York Times, is a former debt collector. (You can’t make this stuff up.) He sold his debt collection company three years ago, but still has not just one, but six highly—and expensively—trained “executive protection dogs.” Harrison K-9 services, the trainers behind Johnson’s pricey protection dogs, used to train dogs for elite military units like the Navy Seal team that raided Osama bin Laden’s compound. The article doesn’t say exactly how many dogs Harrison K-9 has provided for the world’s rich and famous, but it does feature a quote from their head trainer saying she’s trained “a thousand” dogs.

In addition to security systems, dogs and armed yachts, the security-conscious oligarch can hire a private spy company—Jellyfish, a spinoff of the notorious private security company Blackwater. Or what about their own personal drone? “Smaller, private versions of the infamous Predator” may be coming to well-heeled private citizens near you, according to the UK’s Daily Mail. So far the private drones appear to only be for spying, but former Navy fighter pilot Missy Cummings told the Daily Mail, “It doesn’t take a rocket scientist from MIT to tell you if we can do it for a soldier in the field, we can do it for anybody.”

So why are the rich getting paranoid? After all, here in the U.S. it looks like they don’t even have to worry about their taxes returning to Clinton-era levels, let alone cope with a truly significant change to their lifestyles. Still, as the rich get richer, it seems, they get more and more worried about the rest of us coming for their wealth—and they’re out to protect it by any means necessary.

David Sirota has noted that “we’re fast becoming a ‘let them eat cake’ economy,” where ostentatious displays of wealth and arrogance seem to be an everyday occurrence as the rest of the country suffers. A private jet traffic jam was big news in the New York Times last week, because the children of the uber-rich have to get to a Maine summer camp, and driving just won’t do. Maine’s Tea Party governor, Paul LePage, took some time off from limiting access to the vote and picking fights with organized labor to gloat over the jet traffic:

“Love it, love it, love it,” Mr. LePage said of the private-plane traffic generated by summer camps. “I wish they’d stay a week while they’re here. This is a big business.”

While the private jet crowd is “big business,” the rest of Maine—and the country—is still suffering. And maybe that’s where the fear comes in.

We’ve seen revolution in Tunisia and Egypt, attempts in Libya, Syria, Yemen, unrest in Greece and Spain, student protests in England, and here at home the occupation of the capitol in Madison, Wisconsin. While nothing yet in the U.S. has approached the level of organized attacks on the wealthy by the have-nots, since the financial crash even the hint that perhaps private jet owners could pay a few more dollars in taxes has been decried as class war. A few protests that actually dare approach the doorsteps of the bankers appear to be all it takes to stoke paranoia among the super-rich.