Is China really hoarding oil or is it getting out of the US dollar?
Both.

China is quietly getting out of the US dollar and a clever way to do that is buying oil, gold, copper etc.:
“China has doubled its bullion reserves and left us in no doubt that it will spend more of its $40bn monthly surplus on hard assets rather than the toxic paper of Western democracies.” Full article: Here.

China is also shifting out of long-term Treasuries:
“So rather than cut off financing for the U.S.’s record budget deficit for this fiscal year, China has instead, little by little, shifted its buying out of longer-term bonds.” Full article: Here.

China is working on ditching the US dollar:
– Brazil, China talks on ditching dollar
– China calls for new reserve currency to replace dollar

China knows that the US cannot finance its debt other than monetizing it and so China is more careful about its investment in the US:
– Lawmaker: China has canceled ‘US credit card’
– China warned the Federal Reserve over printing money, which destroys the value of its investment.

China probably knows by now that the US economy and the US dollar will collapse.

What China is really doing is preparing itself for the greatest financial collapse in history. The ‘Greatest Depression’. 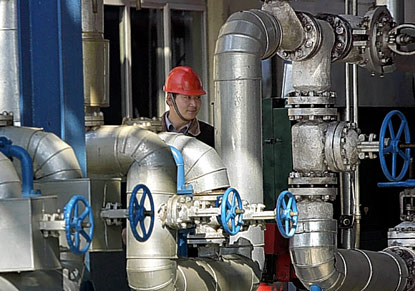 Fuelling a rise: experts believe storage levels in China have reached a peak

THE big rally in the oil price in recent weeks is down to Chinese stockpiling, a leading energy industry analyst has claimed.

Oil industry experts Bernstein Research say they have been spying on the world’s third-largest economy and have concluded China is actively hoarding supplies.

After the spectacular crash in the crude price last year following an all-time high of $147 a barrel, oil has soared again this year, up 70% since mid-January. In the past four weeks, the oil price has jumped 25% to trade around the $60-a-barrel level again.

Energy analysts have been scratching their heads for a reason, other than the recent dollar weakness which always pushes up the value of crude.

Analysts have argued that global demand remains weak, the Saudi-led cartel of major oil producers Opec has not cut production as deeply as it might and output from non-Opec countries is robust.

But according to Bernstein’s Neil McMahon: “If the supply/demand balance is not driving higher oil prices, then what is?

“We believe that increased imports into China could be part of the explanation.

McMahon says Chinese imports spiked in March and April and the country’s storage levels have reached a new peak.

“We believe [the rise in the oil price] reflects not strengthening demand, but rather China’s efforts to boost its strategic petroleum reserve,” he said. “To verify this we have utilised satellite tracking of tanker movements, as well as time-lapse satellite images to observe the amount of storage expansion.

“Our analysis confirms that tanker capacity arrivals into China have spiked up in recent months, in line with imports, but more importantly, tanker arrivals into the ports [holding strategic reserves] have increased materially.

“Satellite images confirm a significant increase in storage construction in the last few years. This suggests that China is stockpiling crude oil.

“This recent drive by the Chinese to fill their reserves should have offered some support to crude prices and will continue to do so going forward.”