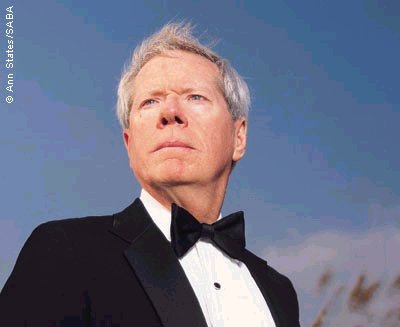 What do you suppose it is like to be elected president of the United States only to find that your power is restricted to the service of powerful interest groups?

A president who does a good job for the ruling interest groups is paid off with remunerative corporate directorships, outrageous speaking fees, and a lucrative book contract. If he is young when he assumes office, like Bill Clinton and Obama, it means a long life of luxurious leisure.

Fighting the special interests doesn’t pay and doesn’t succeed. On April 30 the primacy of special over public interests was demonstrated yet again. The Democrats’ bill to prevent 1.7 million mortgage foreclosures and, thus, preserve $300 billion in home equity by permitting homeowners to renegotiate their mortgages, was defeated in the Senate, despite the 60-vote majority of the Democrats. The banksters were able to defeat the bill 51 to 45.

These are the same financial gangsters whose unbridled greed and utter irresponsibility have wiped out half of Americans’ retirement savings, sent the economy into a deep hole, and threatened the US dollar’s reserve currency role. It is difficult to imagine an interest group with a more damaged reputation. Yet, a majority of “the people’s representatives” voted as the discredited banksters instructed.

Hundreds of billions of public dollars have gone to bail out the banksters, but when some Democrats tried to get the Senate to do a mite for homeowners, the US Senate stuck with the banks. The

Senate’s motto is: “Hundreds of billions for the banksters, not a dime for homeowners.”

If Obama was naive about well-intentioned change before the vote, he no longer has this political handicap.

The same Congress that can’t find a dime for homeowners or health care appropriates hundreds of billions of dollars for the military/security complex. The week after the Senate foreclosed on American homeowners, the Obama “change” administration asked Congress for an additional $61 billion dollars for the neoconservatives’ war in Iraq and $65 billion more for the neoconservatives’ war in Afghanistan. Congress greeted this request with a rousing “Yes we can!”

The additional $126 billion comes on top of the $533.7 billion “defense” budget for this year. The $660 billion–probably a low-ball number–is ten times the military spending of China, the second most powerful country in the world.

These “wars” are a hoax designed to enrich the US armaments industry and to infuse the “security forces” with police powers over American citizenry.

Not a dime to prevent millions of Americans from losing their homes, but hundreds of billions of dollars to murder Muslim women and children and to create millions of refugees, many of whom will either sign up with insurgents or end up as the next wave of immigrants into America.

This is the way the American government works. And it thinks it is a “city on the hill, a light unto the world.”

Americans elected Obama because he said he would end the gratuitous criminal wars of the Bush brownshirts, wars that have destroyed America’s reputation and financial solvency and serve no public interest. But once in office Obama found that he was ruled by the military/security complex. War is not being ended, merely transferred from the unpopular war in Iraq to the more popular war in Afghanistan. Meanwhile, Obama, in violation of Pakistan’s sovereignty, continues to attack “targets” in Pakistan. In place of a war in Iraq, the military/security complex now has two wars going in much more difficult circumstances.

Viewing the promotion gravy train that results from decades of warfare, the US officer corps has responded to the “challenge to American security” from the Taliban. “We have to kill them over there before they come over here.” No member of the US government or its numerous well-paid agents has ever explained how the Taliban, which is focused on Afghanistan, could ever get to America. Yet this hyped fear is sufficient for the public to support the continuing enrichment of the military/security complex, while American homes are foreclosed by the banksters who have destroyed the retirement prospects of the US population..

If the Pentagon is correct, then by next year the US government will have squandered $6 trillion dollars on two wars, the only purpose of which is to enrich the munitions manufacturers and the “security” bureaucracy.

The human and social costs are dramatic as well and not only for the Iraqi, Afghan, and Pakistani populations ravaged by American bombs. Dahr Jamail reports that US Army psychiatrists have concluded that by their third deployment, 30 percent of American troops are mental wrecks. Among the costs that reverberate across generations of Americans are elevated rates of suicide, unemployment, divorce, child and spousal abuse, drug and alcohol addiction, homelessness and incarceration.

In the Afghan “desert of death” the Obama administration is constructing a giant military base. Why? What does the internal politics of Afghanistan have to do with the US?

What is this enormous waste of resources that America does not have accomplishing besides enriching the American munitions industry?

China and to some extent India are the rising powers in the world. Russia, the largest country on earth, is armed with a nuclear arsenal as terrifying as the American one. The US dollar’s role as reserve currency, the most important source of American power, is undermined by the budget deficits that result from the munition corporations’ wars and the bankster bailouts.

Why is the US making itself impotent fighting wars that have nothing whatsoever to do with is security, wars that are, in fact, threatening its security?

The answer is that the military/security lobby, the financial gangsters, and AIPAC rule. The American people be damned.