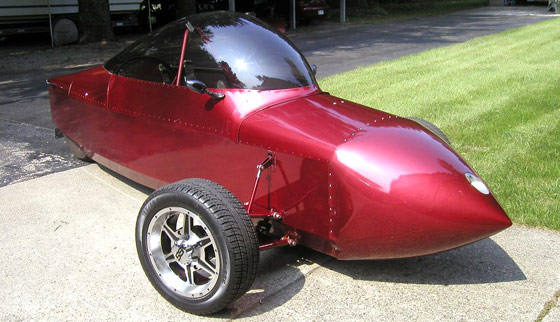 What does a Ford Motor Company fuel economy technical expert do for fun at the end of the day?

(It kind of makes you wonder how many house painters go home at the end of the day, budding Picassos, to toil on masterwork canvases…)

His street legal, 2-seat, tandem vehicle is registered as a motorcycle and was engineered for both high efficiency and fun:

John claims fuel efficiency of 105 mpg (US) (2.2 L/100 km) cruising on the highway at 65mph when equipped with the bling wheels and sporty gearing, and even better numbers with a couple of additional mods: “When equipped with the pictured motorcycle tires (not included) and a smaller rear sprocket it achieved 125 mpg @ 65mph.”  (1.9 L/100 km @ 105 km/h)

If you think a vehicle like this might draw attention, John confirms that with a good anecdote:  After being stopped by police and explaining the project to the curious officer, ‘back up’ was called in.  “Four squad cars showed up, several houses of neighbors came out and the whole thing turned into a spectacle. No ticket, everyone was genuinely interested in ecomodding!”

The trike’s eBay auction has a starting bid of $15,600 USD. While not questioning the design or workmanship that went into the machine, we wonder if that price will draw efficiency-minded bidders in these days of $2 per gallon gasoline.   Undoubtedly his work would have grabbed a lot of attention last summer, when fuel prices were driving people into a frenzy, paying utterly ridiculous prices for used Geo Metros to save money at the pumps.

Best of luck, John.   We’re looking forward to seeing what rolls out of your shop next! 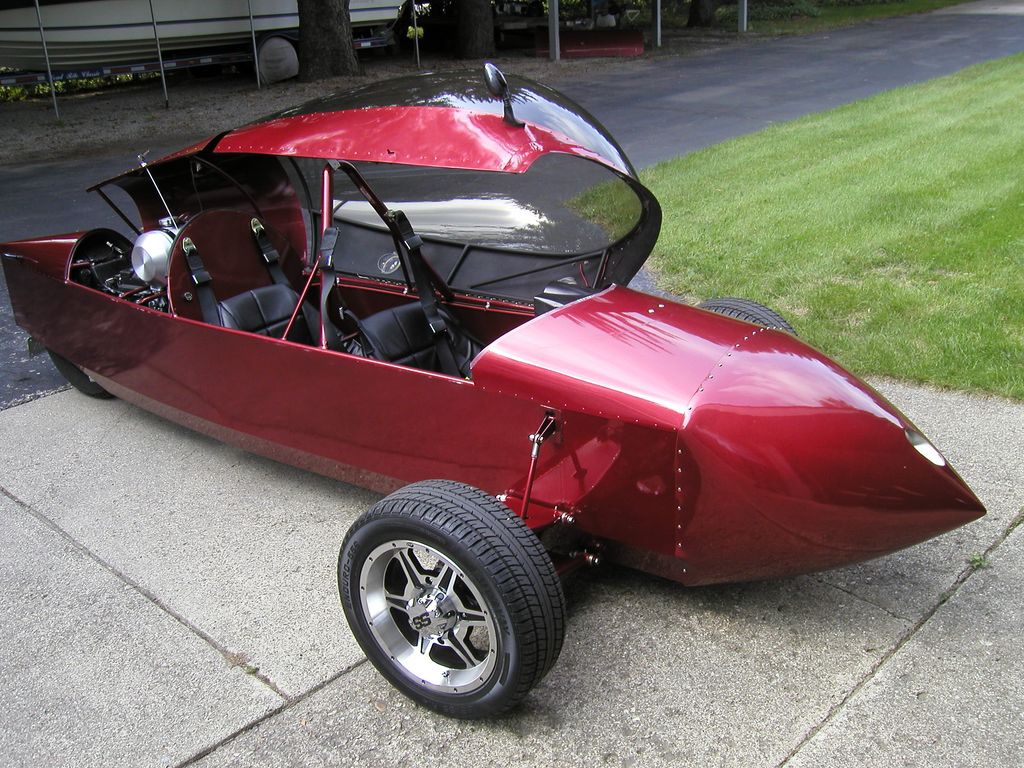