And Jesus probably has to show up on all of them. Being God’s only begotten son must be a very busy job. No wonder he can’t make it back anytime soon.

From the perspective of an advanced civilization human beings on planet earth look more like a deadly plague, than like the crowning achievement of creation.

Up to 40,000 planets could support alien life forms, scientists at the University of Edinburgh believe. 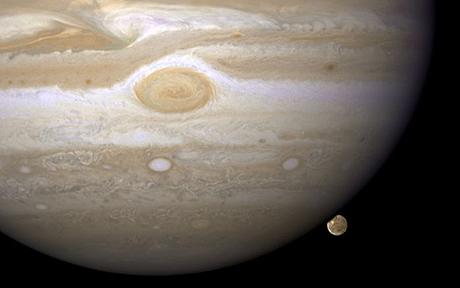 40,000 planets could be home to aliens Photo: GETTY

Researchers have calculated that up to 37,964 worlds in our galaxy are hospitable enough to be home to creatures at least as intelligent as ourselves.

Astrophysicist Duncan Forgan created a computer programme that collated all the data on the 330 or so planets known to man and worked out what proportion would have conditions suitable for life.

The estimate, which took into account factors such as temperature and availability of water and minerals, was then extrapolated across the Milky Way.

Mr Forgan believes that the life forms would not be amoeba wriggling on the end of a microscope but species at least as advanced as humans.

Mr Forgan, who believes it will take 300 to 400 years for us to make contact with our neighbours, said: “I believe the estimate of 361 intelligent civilisations to be the most accurate.

“These would certainly be the most Earth-like civilisations but the bigger figures are certainly possible. We can’t rule them out.

“Most of the other planets we have looked at are older than our own – so I would expect to see more advanced civilisations than ours existing.”