Steven Spielberg’s Jurassic Park film may have been pure science fiction – but extinct creatures such as Neanderthals to Sabre-toothed tigers could soon be brought back to life thanks to advances in DNA technology. 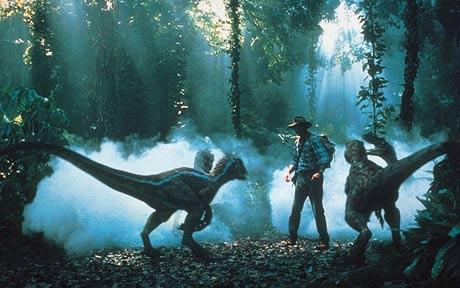 The idea of resurrecting extinct animals moved a step closer to reality last year when scientists announced that they had decoded almost all of the genome of the woolly mammoth, from 60,000-year-old remains found frozen in Siberia.

Now New Scientist magazine has named the 10 other beasts most likely to rise again, including the Irish elk deer whose antlers measured 12 feet across, the dodo and Neanderthal man.

Animals that died out thousands of years ago could be recreated using genetic information retrieved from well-preserved specimens recovered from permafrost, dark caves or dry desserts.

There is no chance of bringing back the dinosaurs because genetic information is unlikely to survive more than a million years in any environment.

But scientists have just announced they had “resurrected” a gene from the Tasmanian tiger by implanting it in a mouse and examined its function – the first time such a feat had been achieved.

The genomes of several extinct species besides the mammoth are already being sequenced.

To revive a long-dead species scientists would have to recover enough DNA from a well-preserved specimen and find a suitable surrogate species similar to that of the extinct animal in which to grow the new baby from an embryo.

“It’s hard to say that something will never ever be possible,”said Svante Pääbo of the Max Planck Institute for Evolutionary Anthropology in Leipzig, Germany, who is sequencing the Neanderthal genome.

“But it would require technologies so far removed from what we currently have that I cannot imagine how it would be done.”

Assuming we will develop the necessary advanced technology, New Scientist has selected 10 extinct creatures that might one day be resurrected.

The magazine said: “Our choice is based not just on feasibility, but also on each animal’s ‘megafaunal charisma’ – just how exciting the prospect of resurrecting these animals is.

“Of course, bringing extinct creatures back to life raises a whole host of practical problems, such as where they will live, but let’s not spoil the fun…”

A draft sequence of the Neanderthal genome should be published sometime this year by the Max Planck Institute for Evolutionary Anthropology in Leipzig, Germany. Humans would make the ideal surrogates.

There are some spectacularly preserved sabre-toothed specimens from the La Brea tar pits in Los Angeles, and lions are close enough to be surrogates.

This towering beast would dwarf the world’s largest living land carnivore, the polar bear, stanidng a third taller when standing upright, and it weighed up to a tonne. Recovering its DNA should be possible as there are specimens encased in permafrost.

The last Tasmanian tiger died in Hobart Zoo in 1936 which means there are well preserved tissues to obtain good-quality DNA. The tasmanian devil would make good surrogate.

The Volkswagen Beetle-sized “colossal” armadillo, with its spiky, club-like tail, once rumbled across the South American countryside, and some might fancy seeing it do so again.

In 2002 geneticists at Oxford University got permission to cut into the world’s best-preserved dodo specimen, a foot bone – complete with skin and feathers – held under lock and key at the university’s Museum of Natural History.

As with the mammoth, there are plenty of specimens preserved in permafrost, and the availability of hair, horns and hooves is a big plus. These tissues can be cleaned up to release an abundance of near-pure rhino DNA.

This giant stood around six metres tall and is estimated to have weighed a whopping four tonnes. The sloth’s relatively recent extinction means several specimens have been found with hair, an excellent source of DNA.

A typical male stood more than two metres tall at the shoulder and sported antlers 12 feet wide. It is actually a deer rather than an elk and its closest living relative is the much smaller fallow deer.

There is plenty of DNA to be found for this flightless bird, which is similar to an ostrich, in well-preserved bones and even eggs in caves across New Zealand.