Legendary investor Jim Rogers on Obama: “What a ‘genius’!”

Besides, Keynesianism is so outdated and wrong.

President-elect Barack Obama has described the US economy as “very sick” and predicted the situation will worsen. 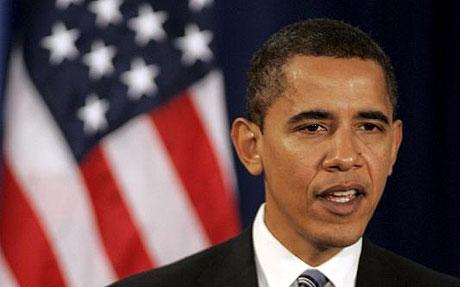 His comments came before a meeting with Congressional leaders in an attempt to get them to back the $300 billion measures aimed at people on lower and middle income, assuring opposition Republicans their views would be considered.

“The economy is very sick,” he said before meeting with Senate Democratic Leader Harry Reid. “The situation is getting worse. … We have to act and act now to break the momentum of this recession.”

He said he expected that the latest US unemployment figures, due out later this week, would be sobering.

The complete recovery package would cost between $750 billion and $1 trillion [£630 billion] and include tax cuts for lower and middle income groups and relief for businesses over two years.

If passed, it would more than double the savings tax payers received in George W Bush’s tax reforms of 2001 and 2003. In real terms the cost would exceed that of the Vietnam War, which drained the treasury of $682 billion in current dollars, according to the Congressional Research Service

Obama’s “American Recovery and Reinvestment Plan” aims to “create or save” three million jobs by 2011 and would include public works projects and support for states that are struggling to balance their budgets.

On his first day of work since moving his transition operation from his home city Chicago to Washington, Mr Obama paid an important visit to Congress, where he served in the senate for four years before his historic election as the first African American election winner in November. Mr Obama has made clear he intends to work closely with Capitol Hill.

Before a meeting with Nancy Pelosi, the Democratic speaker of the house, Mr Obama said, “the reason we are here today is because the people can’t wait”.

“We have an extraordinary economic challenge ahead of us. We are expecting a sobering job report at the end of the week. The speaker and her staff have been extraordinarily helpful in working with our team so we can shape an economic investment and recovery plan that will start to put people back to work,” he continued.

An unemployment report later this week is expected to reveal that an additional 445,000 jobs were lost in December, after two million were lost in the preceding 11 months of 2008.

The country’s unemployment rate would then be close to seven per cent, adding to the challenges facing Mr Obama, who will take office on Jan 20 following the worst year on the stock markets since the Great Depression and with house prices still falling fast and repossessions rising.

Following his talks with fellow Democrats, the president-elect met opposition Republican leaders from the senate and house of representatives, as part of his much-touted effort to win bipartisan support for his recovery plan and end decades of political bickering.

Apart from the fact that the Democrats do not have a foolproof majority in the senate, Mr Obama wants at least 80 per cent of the upper chamber to support his proposal so it can be presented as a truly national effort.

Mitch McConnell, the Republican leader in the senate, has already given Mr Obama encouragement.

“If they pursue a fair process… and give both sides an opportunity to have input, to have a true bipartisan stamp, he’s likely to get significant support,” he said of the stimulus plan. “I don’t think that they even seriously can defend… doing this without bipartisan consideration.”

But he warned that Republicans would have difficulty supporting increases in unemployment benefits and changes to the management of health care.