If I would want to burn myself financially then I would hold on to VW shares.

“A Porsche spokesman confirmed that the sports car maker still planned to increase its stake in VW to 75 percent at some point this year.” I would not bet on that because 2009 will be a catastrophe.

Consider that this economic crisis will get much, much worse. Porsche shares PSHG_p.DE will continue to go down. The small rally in the stock markets will be short-lived because it is based on ‘hope’, ‘believe’ and devastating stimulus packages. Keynesianism is so outdated and wrong.

The US economy will go into a dramatic depression and China will have big problems because of that.
The EU economy already is in trouble and a failing US dollar, economy and government will not make things much better. Who will be able to buy cars then?

Car sales have already dropped tremendously and will continue to do so everywhere. People will just not be able to buy a ‘Golf’ or even a ‘Polo’ in the future – not to mention a Porsche 911.

Afterwards everyone will say that this observation was obvious. It is. 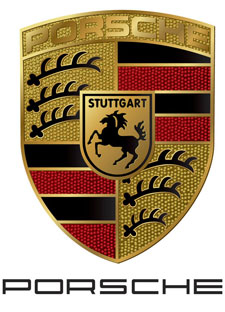 The additional stake of 8.16 percent was worth about 6.1 billion euros ($8.49 billion) on the stock market on Monday, according to Reuters calculations, considering that Volkswagen shares closed at 254.74 euros, down 1.7 percent.

Porsche had initially planned to raise its stake above 50 percent by the end of last year, but a massive short squeeze in late October briefly made VW the world’s most valuable company, when its share price rocketed to just over 1,000 euros from 210 euros in two trading sessions.

Porsche’s Finance Chief Holger Haerter hence said in November it was “increasingly unlikely” that Porsche would take majority control by the end of December, but added he expected to do so by early 2009 at the latest.

A Porsche spokesman confirmed that the sports car maker still planned to increase its stake in VW to 75 percent at some point this year, given a favorable market environment.

As a result of its stake hike on Monday, Porsche now has indirect control of Swedish truck maker Scania, in which Volkswagen holds about 69 percent of the voting rights.

Porsche is required by Swedish law to make a mandatory takeover offer, but the German sports car maker said it had no strategic interest in Scania and was not interested in acquiring Scania shares.

It said it was not bound by pre-acquisition prices and was only obliged to offer the minimum price prescribed by law.

The deal marked another step toward a three-way truck deal that analysts expect to emerge among MAN, Volkswagen and Scania.

Volkswagen is the biggest shareholder in both MAN and Scania.