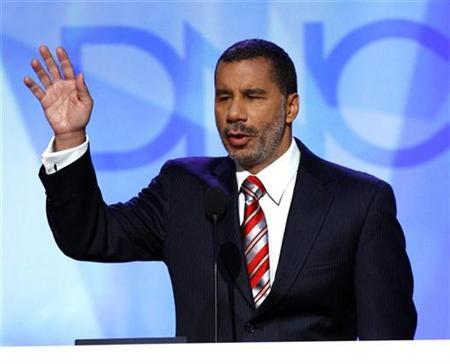 PHILADELPHIA (Reuters) – Governors of five U.S. states urged the federal government to provide $1 trillion in aid to the country’s 50 states to help pay for education, welfare and infrastructure as states struggle with steep budget deficits amid a deepening recession.

The governors of New York, New Jersey, Massachusetts, Ohio and Wisconsin — all Democrats — said the initiative for the two-year aid package was backed by other governors and follows a meeting in December where governors called on President-elect Barack Obama to help them maintain services in the face of slumping revenues.

“It’s clear that the federal government needs to step in and jump-start the economy,” said Gov. Deval Patrick of Massachusetts. (In the case of the US that is like injecting cortisone into a terminal cancer patient. ‘Ignorance will prevail.’)

The latest package calls for $350 billion to create jobs by building or repairing roads, bridges and other public works; $250 billion to maintain education; and another $250 billion in “counter-cyclical” spending such as extending unemployment benefits and food stamps, which are typically a responsibility of the states.

The remainder would be used to fund middle-class tax cuts, stimulate the embattled housing market, and stem the tide of home foreclosures through a loan-modification program.

Gov. Jon Corzine of New Jersey said he hoped some of the $700 billion authorized by Congress in the Troubled Asset Relief Program would be available to help the housing market.

The governors said during a conference call with reporters that the plan had been discussed with Congressional leaders and the incoming administration, which had indicated its willingness to help.

“The Obama team has been very receptive in listening to us,” said Gov. Jim Doyle of Wisconsin. He said “quite a number” of other governors back the initiative.

The Republican Governors Association, however, said the level of federal aid being sought would create a burden for the future.

“The proposal by the Democratic governors goes beyond things like ‘shovel-ready’ infrastructure projects and is essentially a bailout of these states’ general funds,” Nick Ayers, executive director of the Republican Governors Association, said in a statement. “Now is the time to focus on finding cost-effective ways to provide essential services without burdening future generations with ever greater debt.”

Doyle of Wisconsin said the plan would allow states to maintain essential services at about the current level until 2010, when the national economy is expected to begin a recovery.

The proposal comes amid expectations that the Obama administration, which takes office on January 20, will provide hundreds of billions of dollars in economic stimulus to boost the shrinking U.S. economy and halt the loss of jobs.

Paterson of New York said his state’s budget deficit has surged to $15.4 billion currently from $5 billion in April 2008, despite a 3.2 percent cut in the education budget.

Corzine said the money called for represents about 3 percent to 3.5 percent of the economy, equivalent to the amount that the economy is expected to contract by over the next two quarters.

In light of the $700 billion provided to bail out the financial industry, “It’s not shockingly large,” he said.