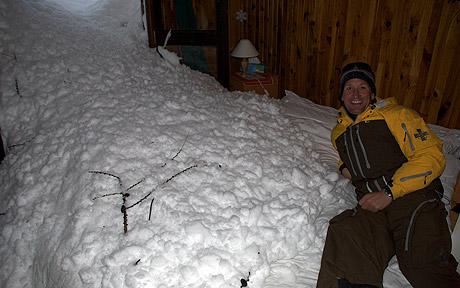 Ski resorts across Europe were forced to close temporarily this week after snowstorms brought chaos to the region.

Almost a metre of snow fell overnight on Sunday sparking avalanche warnings in many European resorts.

In Val d’Isere, France, skiers were trapped in the resort on Monday amid fears of an avalanche on the road down to Bourg-Saint-Maurice after 80cm fell.

In Alagna, Italy, the resort was forced to close after more than a metre of fresh snow fell, while in Zermatt, Switzerland, only four ski lifts were open after 80cm of snowfall. Saas Fee was cut off for three days due to a high avalanche risk, but the road re-opened today allowing cars and supplies into the resort.

A spokesman for the Ski Club of Great Britain said that some resorts in Europe had seen the heaviest December snowfalls for at least 10 years.

“This is good news for anyone heading out to ski this winter, as the snow base should last for the whole season,” he added.

However, the current conditions – which have seen the best start to a winter ski season in Europe since 1974 – are causing havoc in resorts.

Mark Wilkinson, manager of the Surefoot store in Val d’Isere, was watching television in his flat on Sunday night when a wall of snow knocked his front door down and engulfed his bed.

“I looked at it for about 10 minutes and decided I couldn’t do too much as it was midnight,” he said. “So I put my avalanche transceiver on and went to sleep on the couch. The following day I spent about four hours digging out my bedroom.”

Most of the European resorts are expecting more heavy snow over the next few days. Richard Downs, chief executive of Igluski.com, said: “Our customers have phoned us to say that they’ve not known Christmas snow conditions like this for 15 years.”

1 thought on “Snowstorms cause chaos across Europe’s ski resorts”